Originally we thought we’d be away in Chicago over Halloween or still driving back so we were sort of thinking of skipping trick or treating this year, thinking the twins would forget or not notice but we’re slowly realizing they notice EVERYTHING now. We cannot get away with the stuff we used to. So back we came for Halloween.

We have so many costumes in our playroom and I had told them that this year they can just pick one we already have but then every time someone asked them what they were being for halloween, they would yell “Super Hero’s!” so out I went (super last minute of course) to grab these costumes. They wanted to be super man and bat man but I told them the “super hero brothers!” was a thing so they settled with that. Thank goodness.

We had the best night trick or treating with friends and got lots of kit-kats and caramels which made it all worth it. 😉 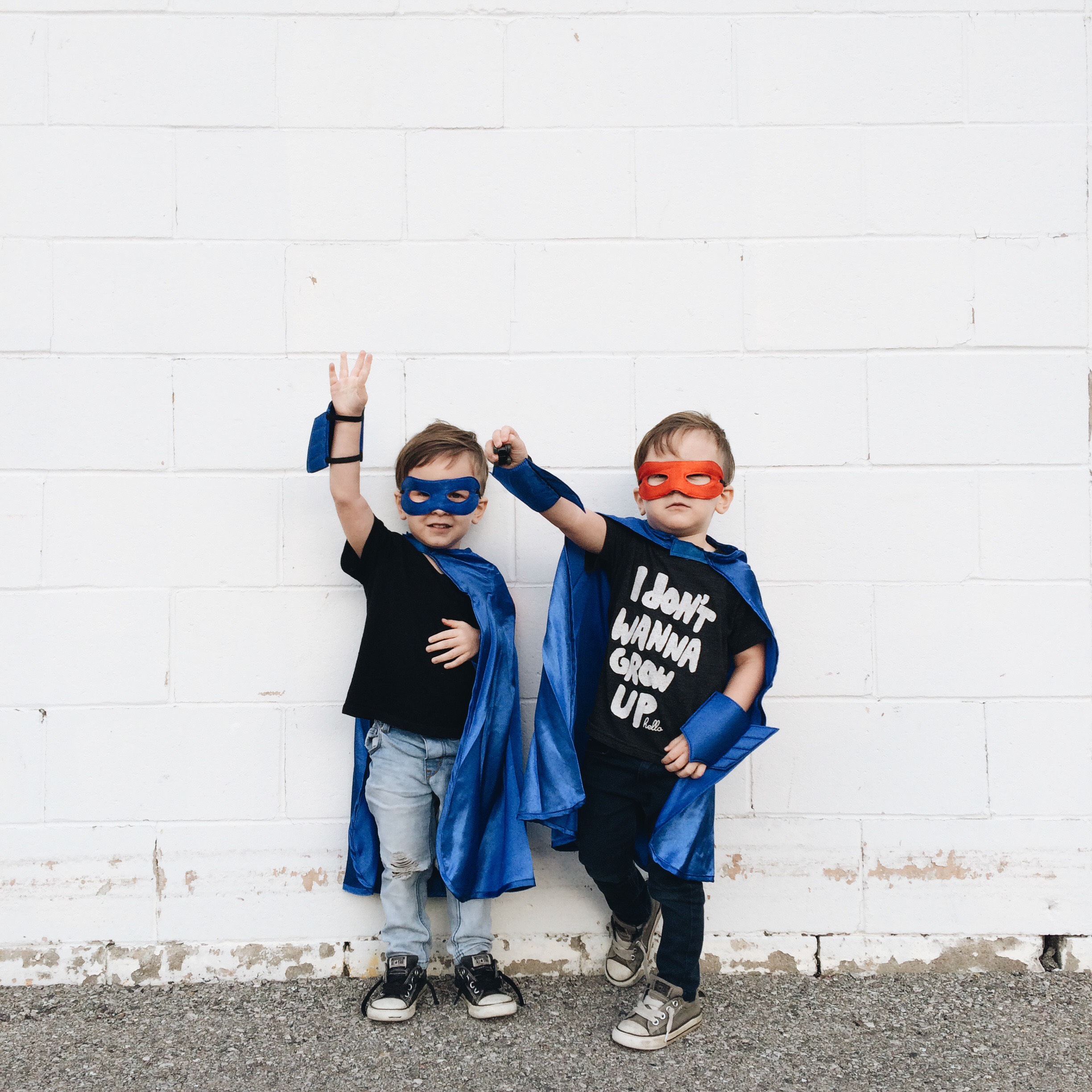