Around this time last year, we were on our way to Nashville with the twins and Everest was still all cozy up in my belly. Now look at him! He’s 8 months old, is crawling and toddling around the furniture, and if you scroll down a few photos, you’ll see his first little tooth. Where on earth has the time gone?!? 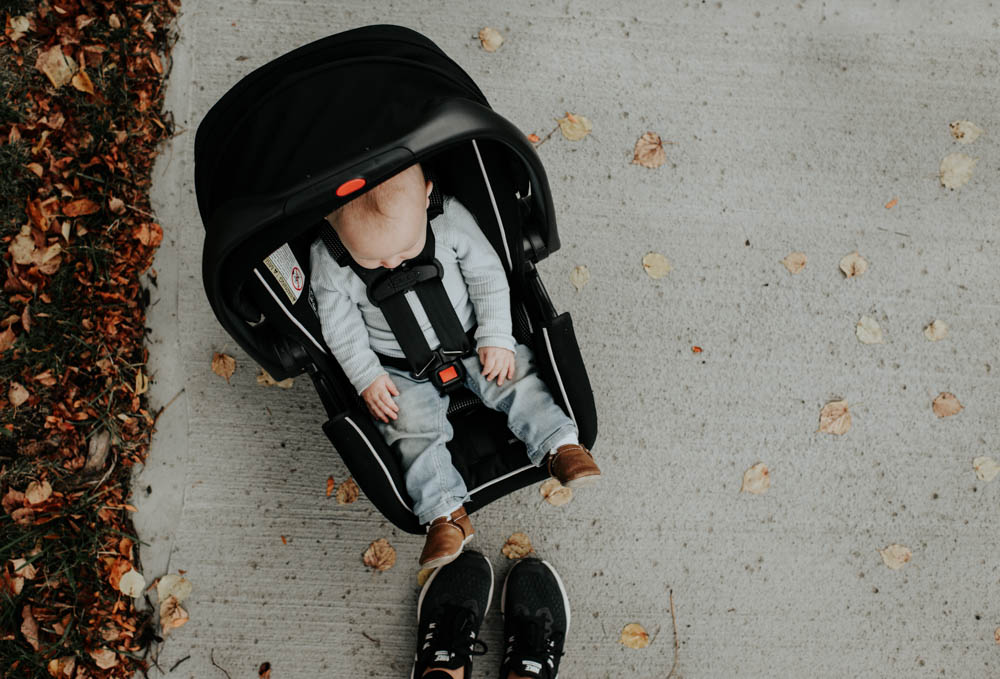 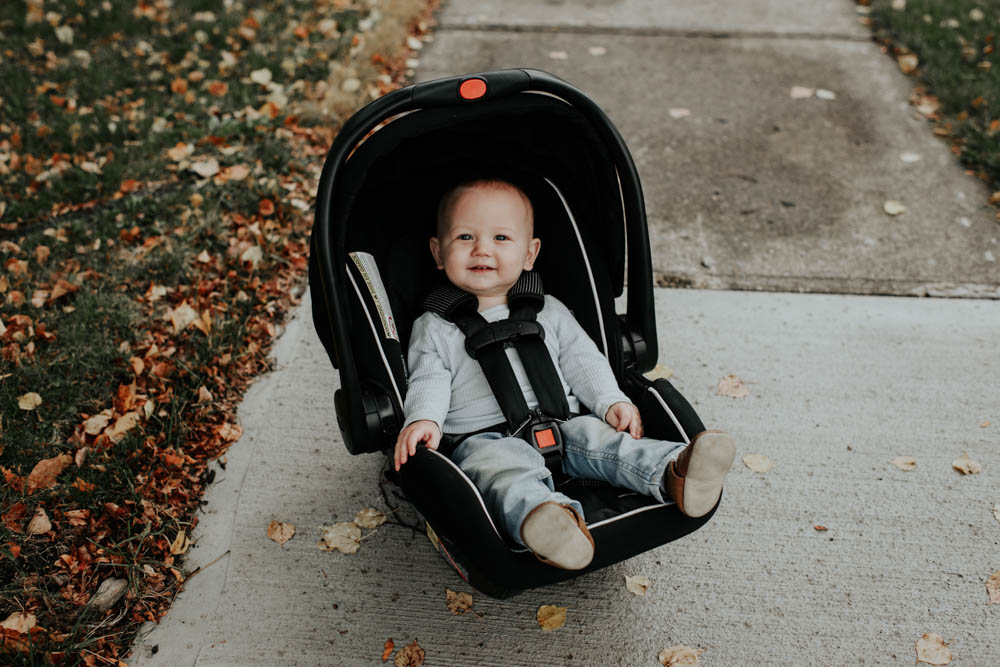 We’ve sort of made a little tradition of taking a road trip together each fall. Two years ago, we did Chicago, last year we did Nashville, and this year… is still to be determined. We haven’t decided yet if we’re brave enough to venture out with the three kids while Everest is so small. One thing is for certain, whether we decide to be adventurous or not though – we recently got all the kids new car seats – so they’ll definitely be both comfy and safe! Up until Everest was about 6 months, we were using one of the twins old bucket car seats and probably the biggest issue I had with it was how darn heavy that seat was! I dreaded lugging it even from the car to the house because it was that hard to carry. 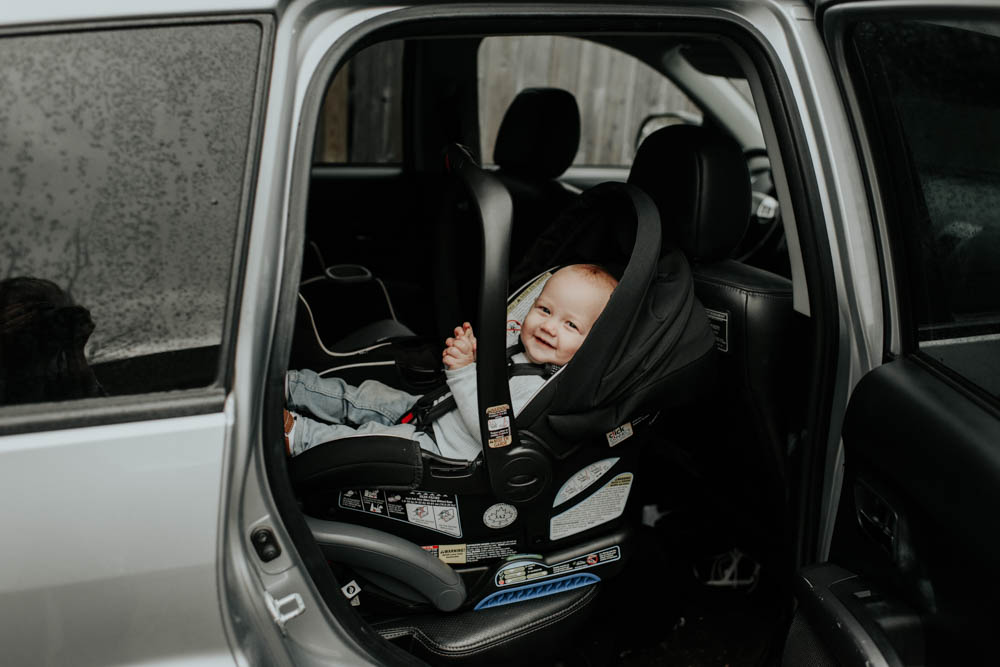 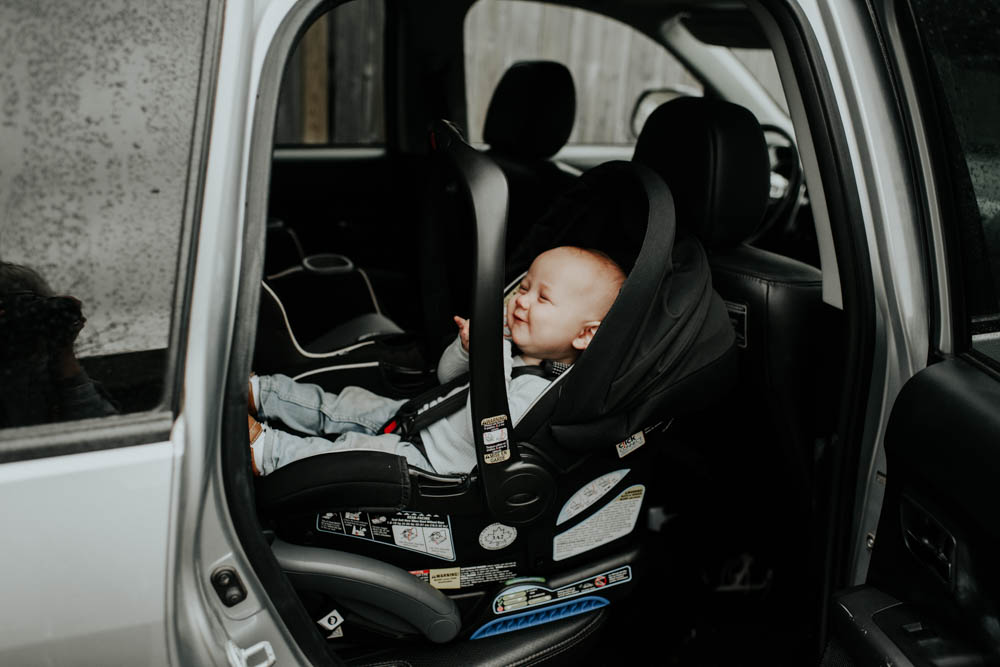 When we got our Graco SnugRide SnugLock 35 DLX infant car seat for him and I used it for the first time, its light weight design was the first featureI loved about it! No more sore arms and aching back. Phew!

My second most favourite feature about this car seat is that the button to adjust the handle is located right in the middle of the handle. This may sound silly but in the past with our old car seats, I had to push buttons on both sides of the seat at the same time to adjust the handle which was always so inconvenient and nearly impossible when the seat was in its base in the car, so this feature was a total game changer for me. As for some other awesome features, it features SnugLock™ technology, making it super easy to install in just three easy steps. All you have to do is buckle or attach UAS, remove the slack and then close the SnugLock arm! it makes a loud clicking sound to reassure you that it’s installed properly. This is a great feature to help grandparents or friends who may be driving my kids around and aren’t as familiar with carseats to know they’ve installed it safely. The seat also came with removable support cushions that add extra support for the head and neck of smaller babies. And of course, because I’m picky like this, it had to be pretty and sleek, which it definitely is! 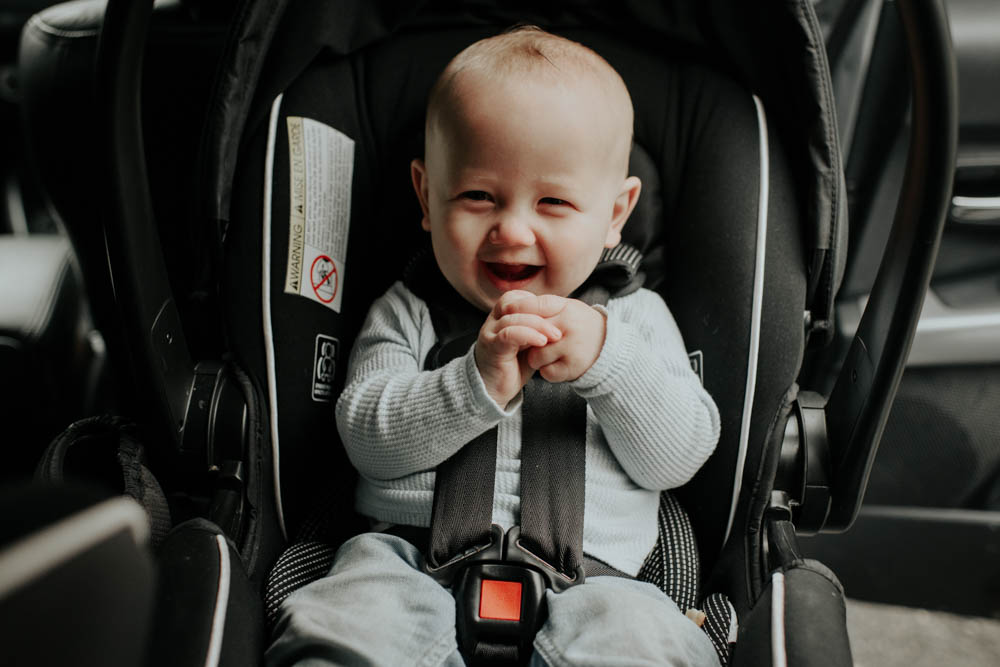 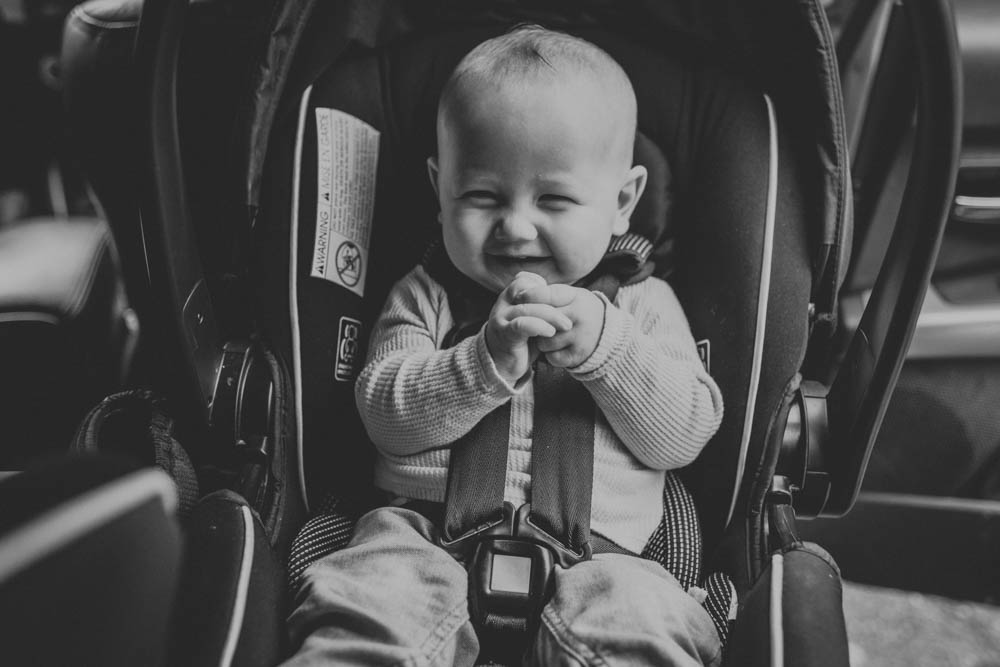 Graco is currently running a promotion until the end of the year where they are offering an extra car seat base with the purchase of any SnugRide SnugLockinfant car seat. So if you or someone you know is in the market for a new car seat, go here for details on this promo!  Thanks so much for reading!