We went to Chicago for my 30th. We had been wanting to visit this city for a while now and it’s really not that far from us at all so we booked a hotel, packed up the car and made a weekend out of it! Everyone thought we were a little crazy to take the twins with us but I wouldn’t have wanted it any differently. They get so excited for birthday’s and had known mine was coming up for a while now so I had to have them there celebrating with me. It was such a memorable weekend for all of us and I absolutely fell in love with this gorgeous city. 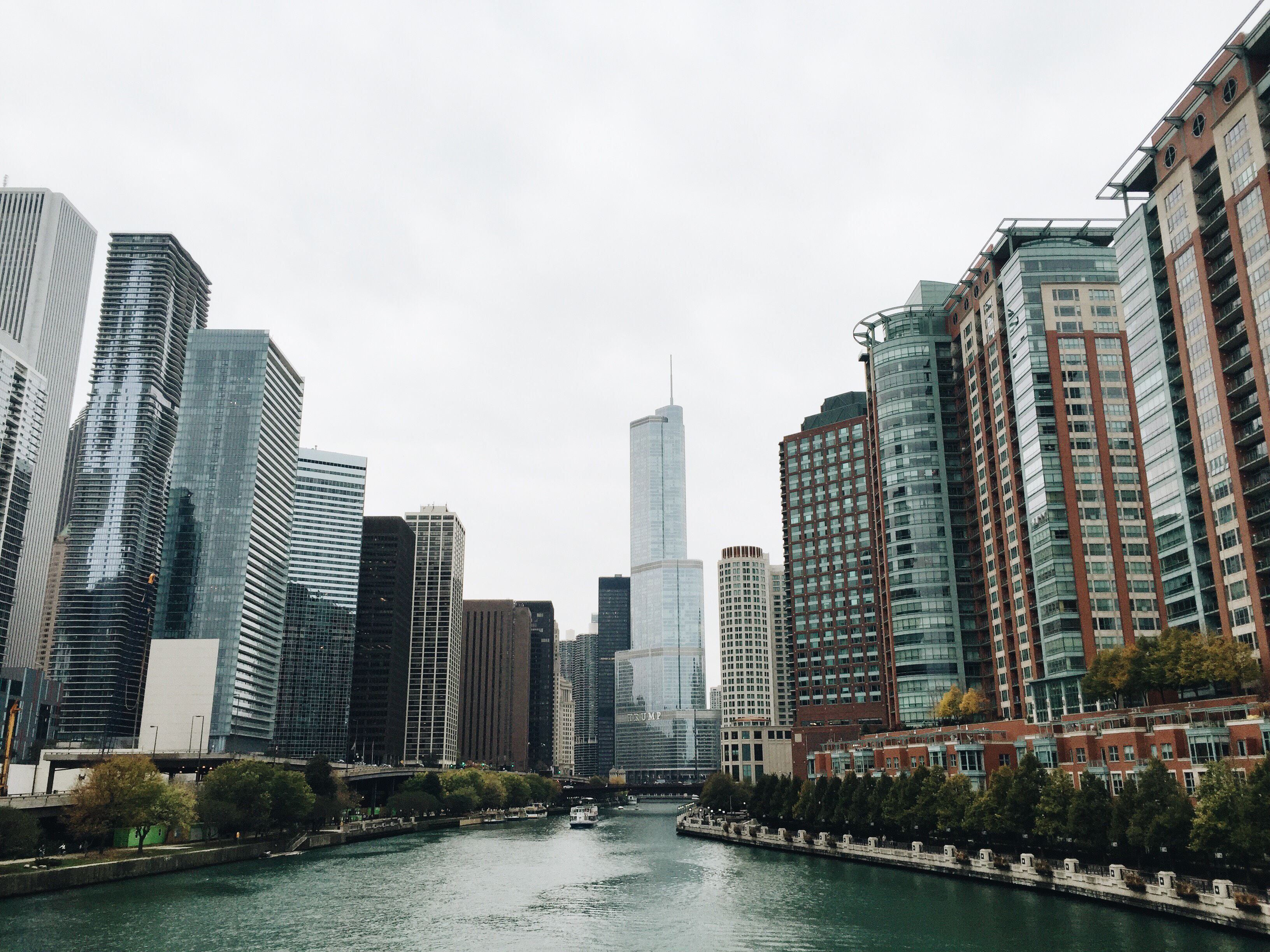 We arrived at our hotel mid-afternoon on the Friday and we knew we’d be eating deep dish pizza for supper that evening, so we made our first stop Garret’s for a snack to tie us over. (If you’ve never tried Garret’s popcorn, you’ve never actually had popcorn people haha) I ordered the jumbo size thinking we’d finish it between the four of us but we barely got through a quarter of the bag! That stuff is GOOD but so greasy and heavy. Two handfuls and you’re stuffed. So that jumbo bag lasted us alllll weekend long. We were still snacking on it on the ride home. 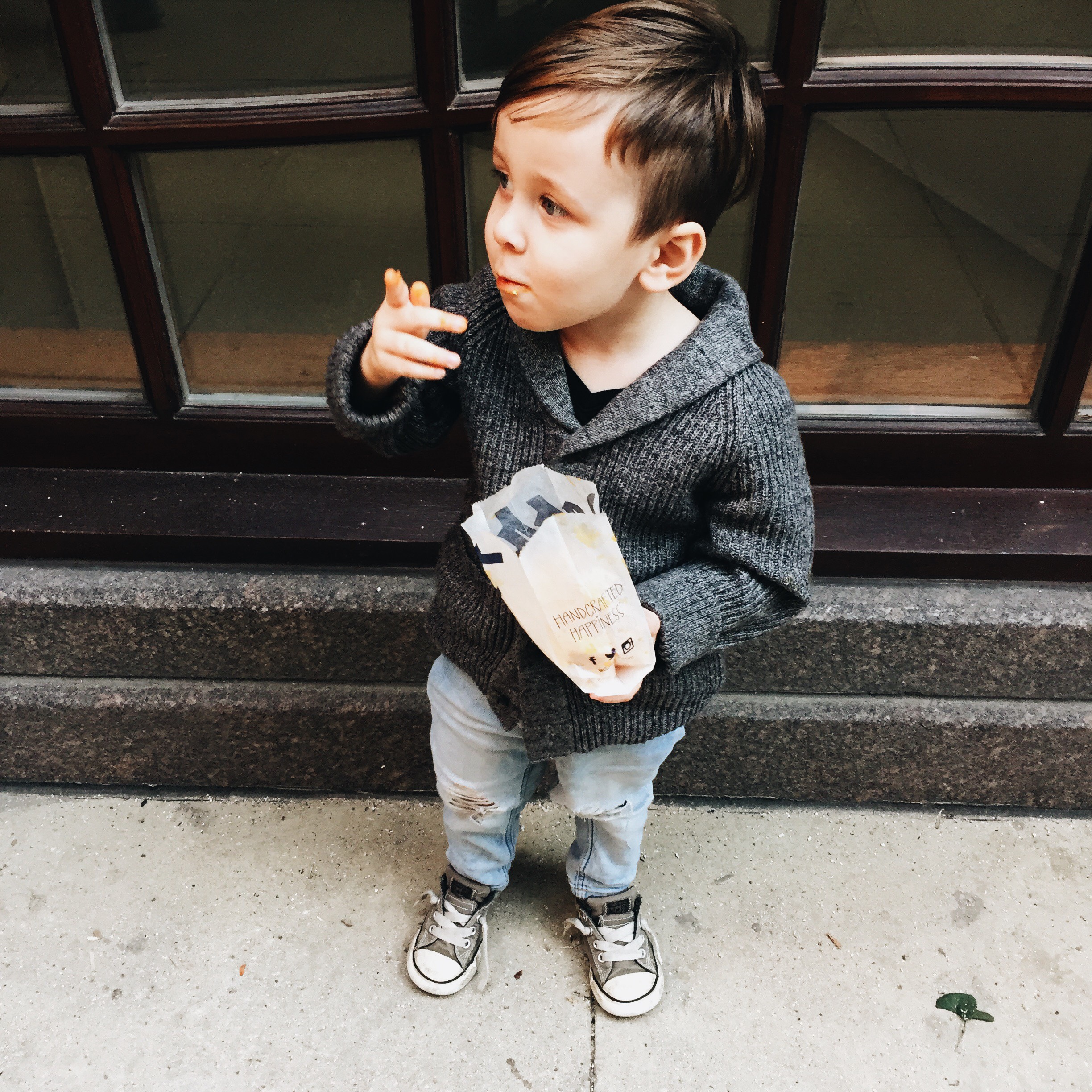 Since the twins had been sitting in the car for 5 hours that day, we made our next stop the park! This playground in Chicago isn’t just like any old playground. It’s huge and goes on forever and there are different sections for different age groups. The boys had a blast and it was good to get them active for a while. Definitely a must-do if you’re visiting the city with your kids. 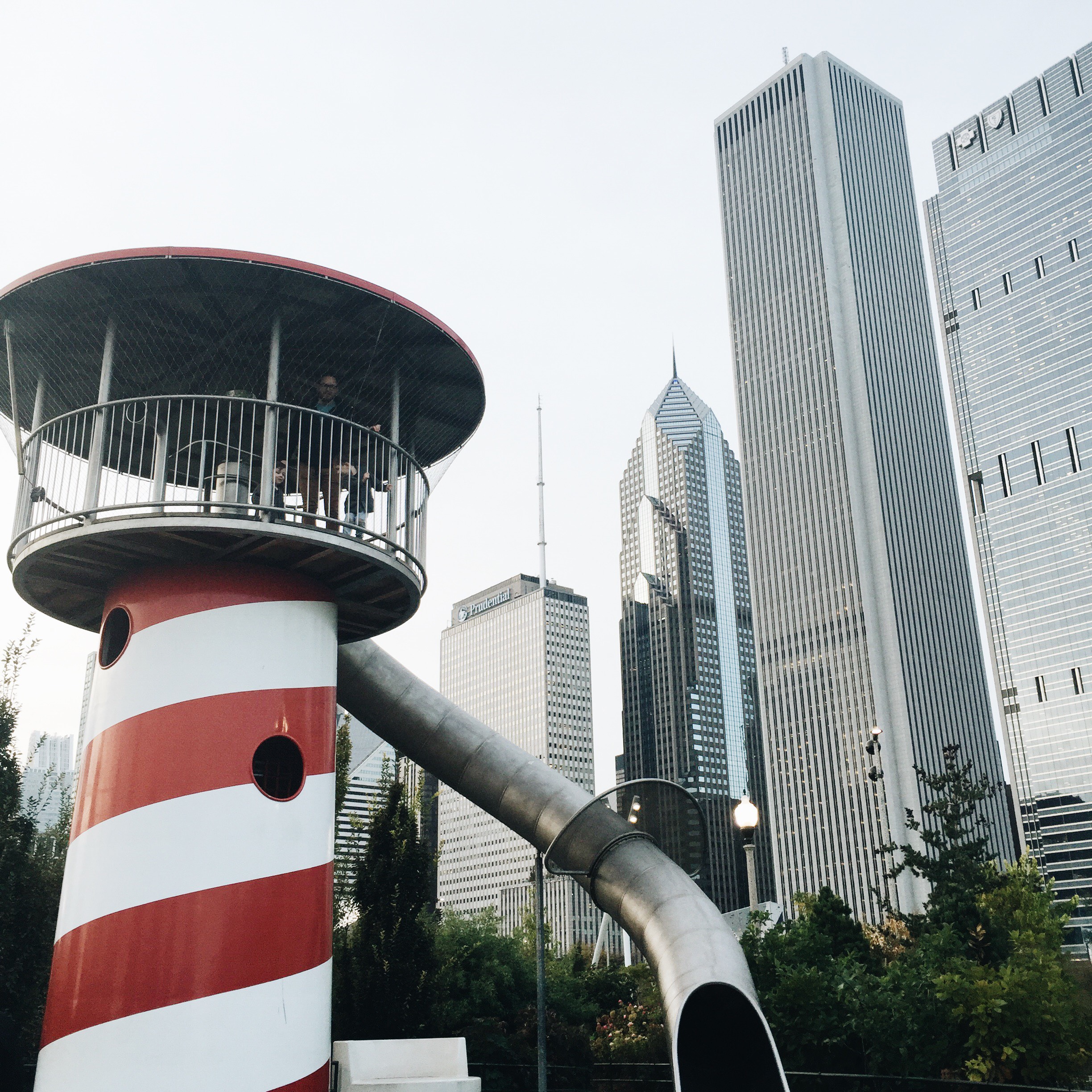 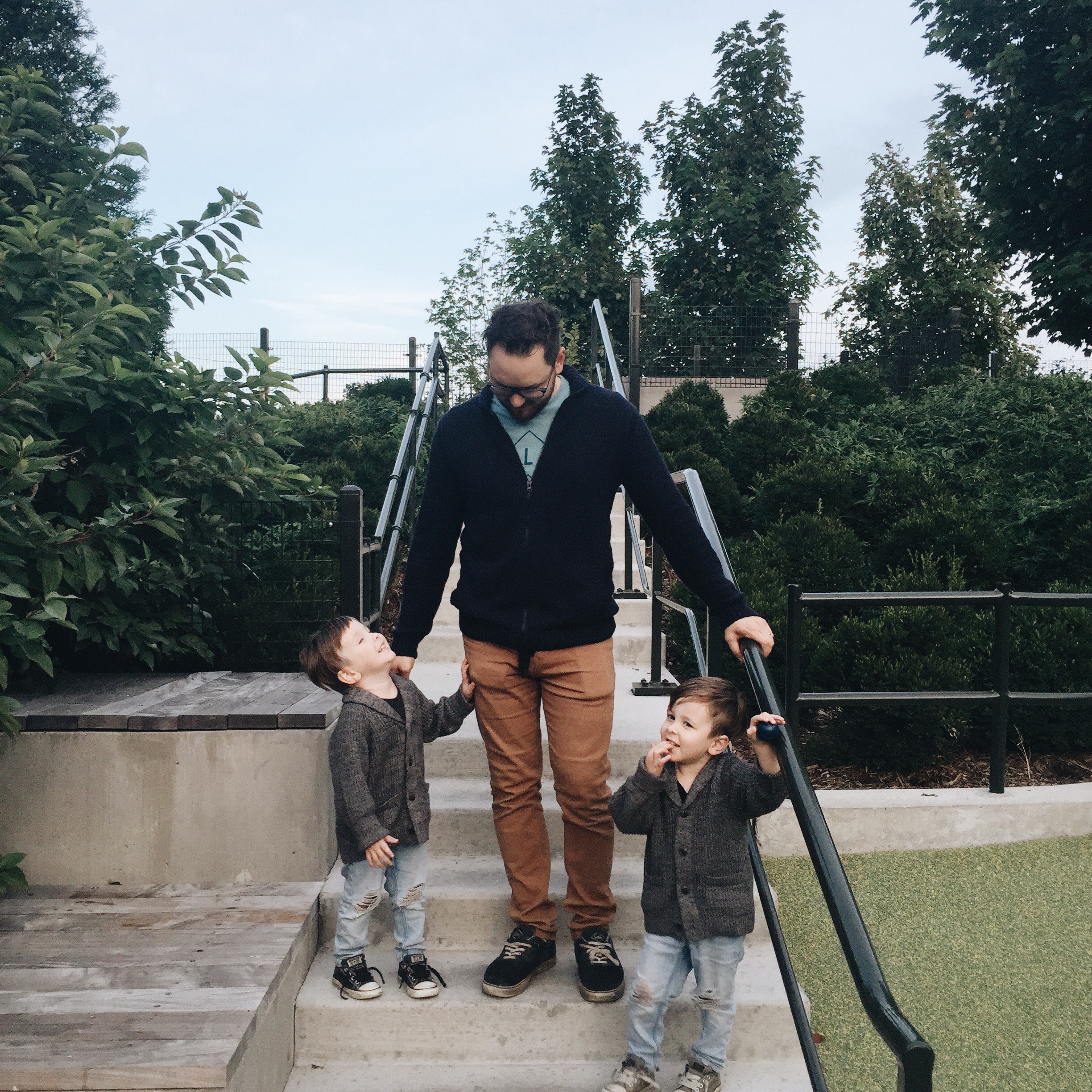 The park was pretty close to the bean so we headed there after. We had talked about the bean before heading to Chicago so the twins were excited to finally see it. They were obsessed with their reflections. 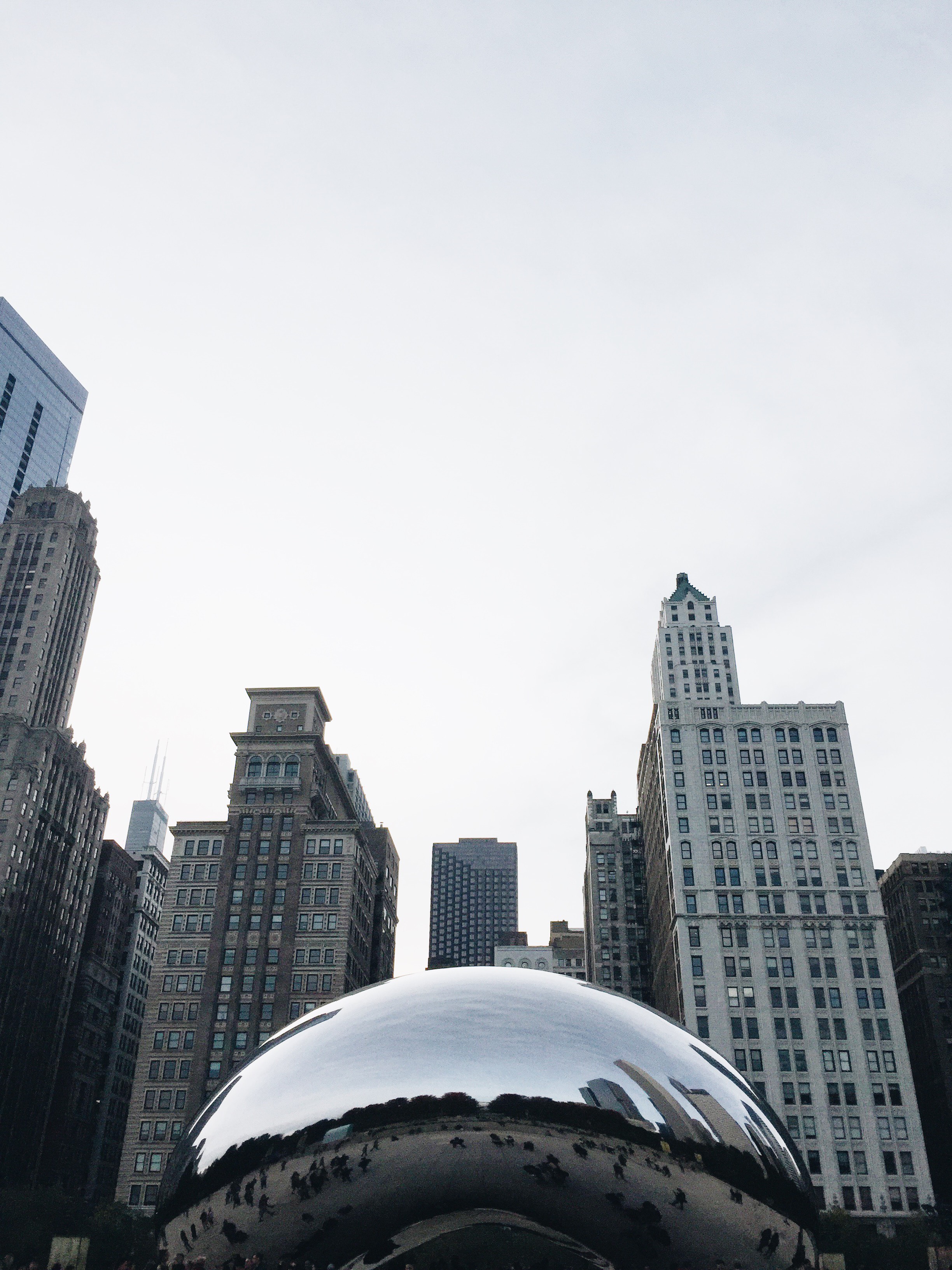 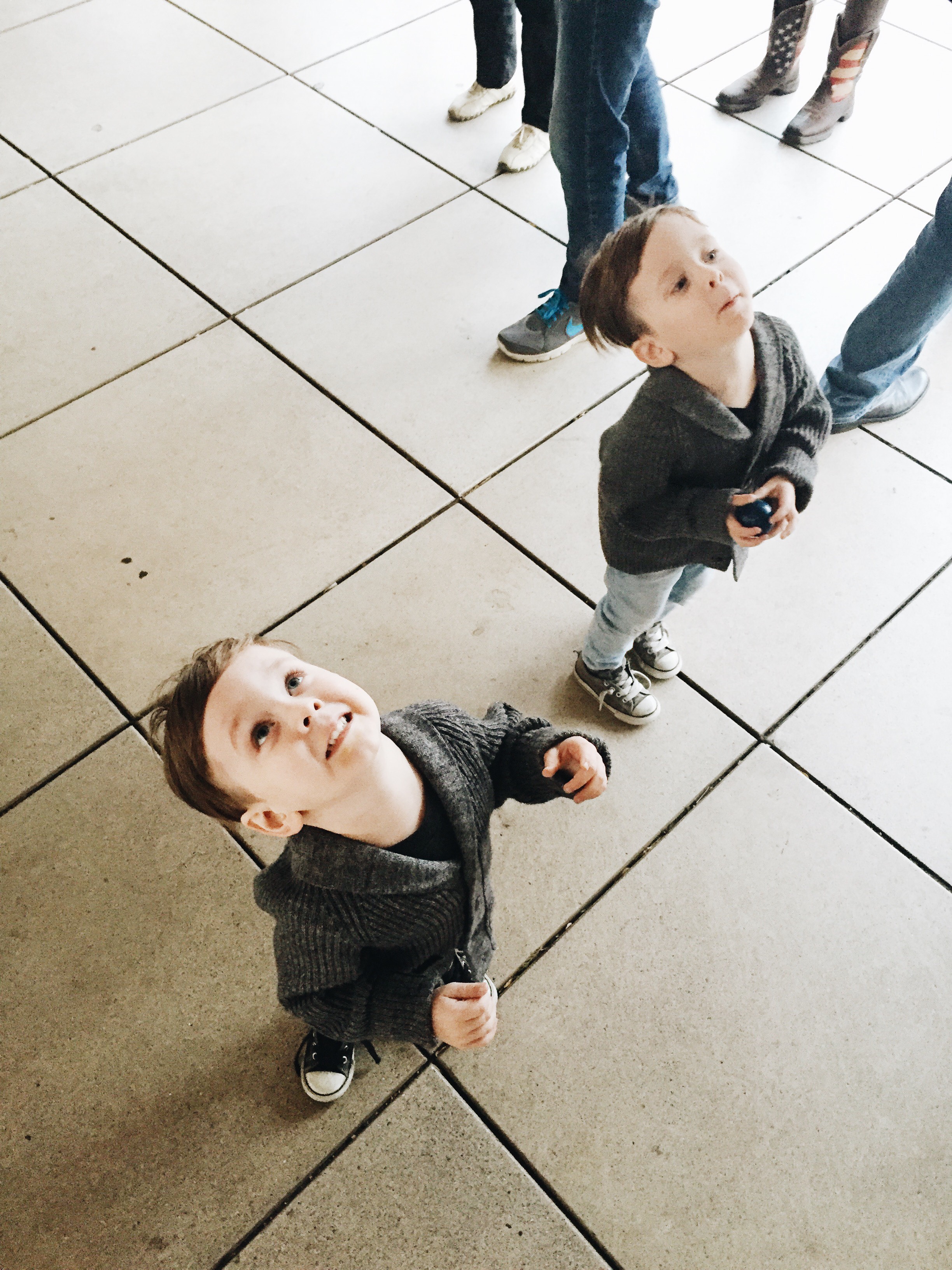 After deep dish pizza at Giordano’s that evening, we were completely zonked. We called it a pretty early night at the hotel.

The next morning, we started with coffee at Dollop. It was delicious and such a fun little spot. We then had breakfast at Yolk before we headed to Navy Pier. 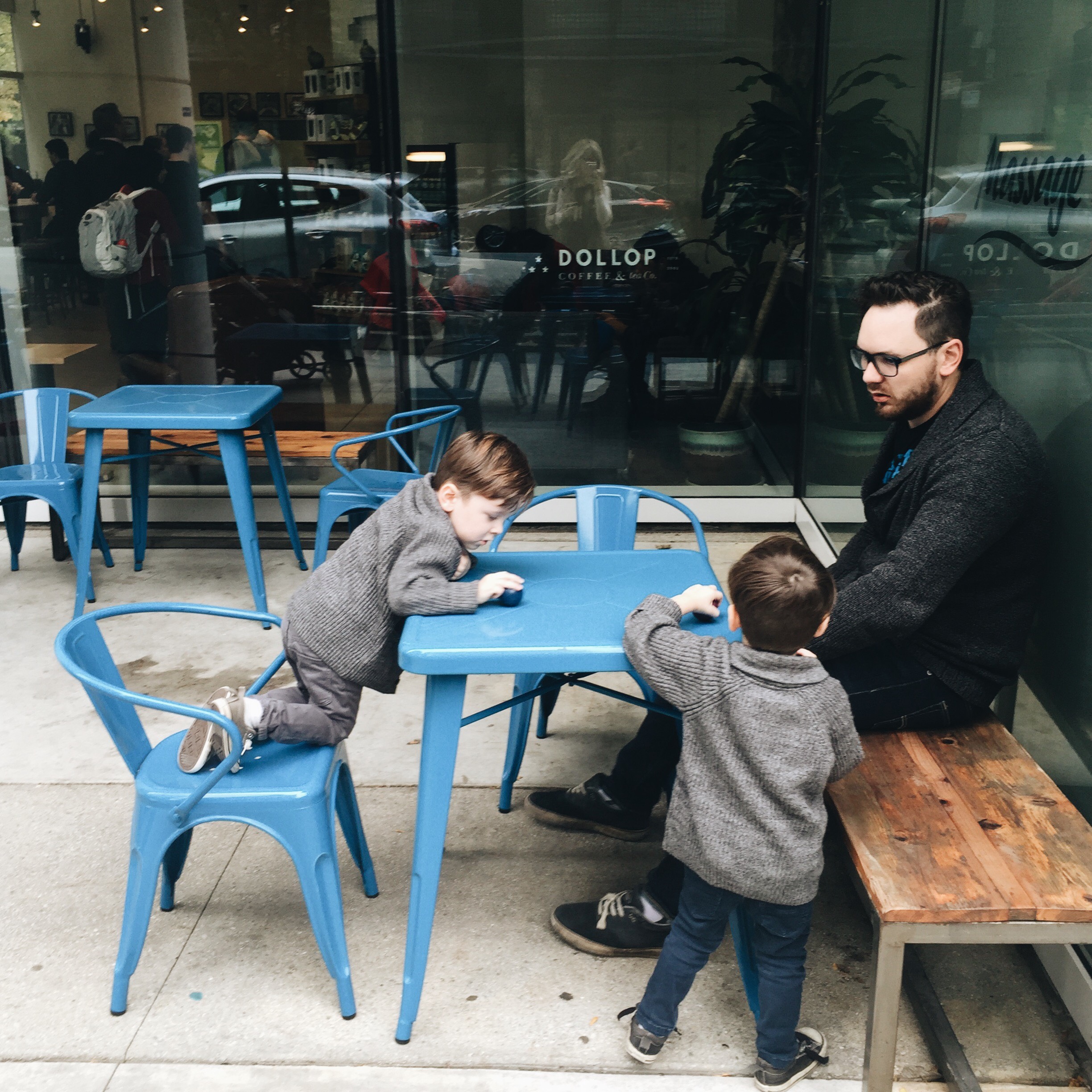 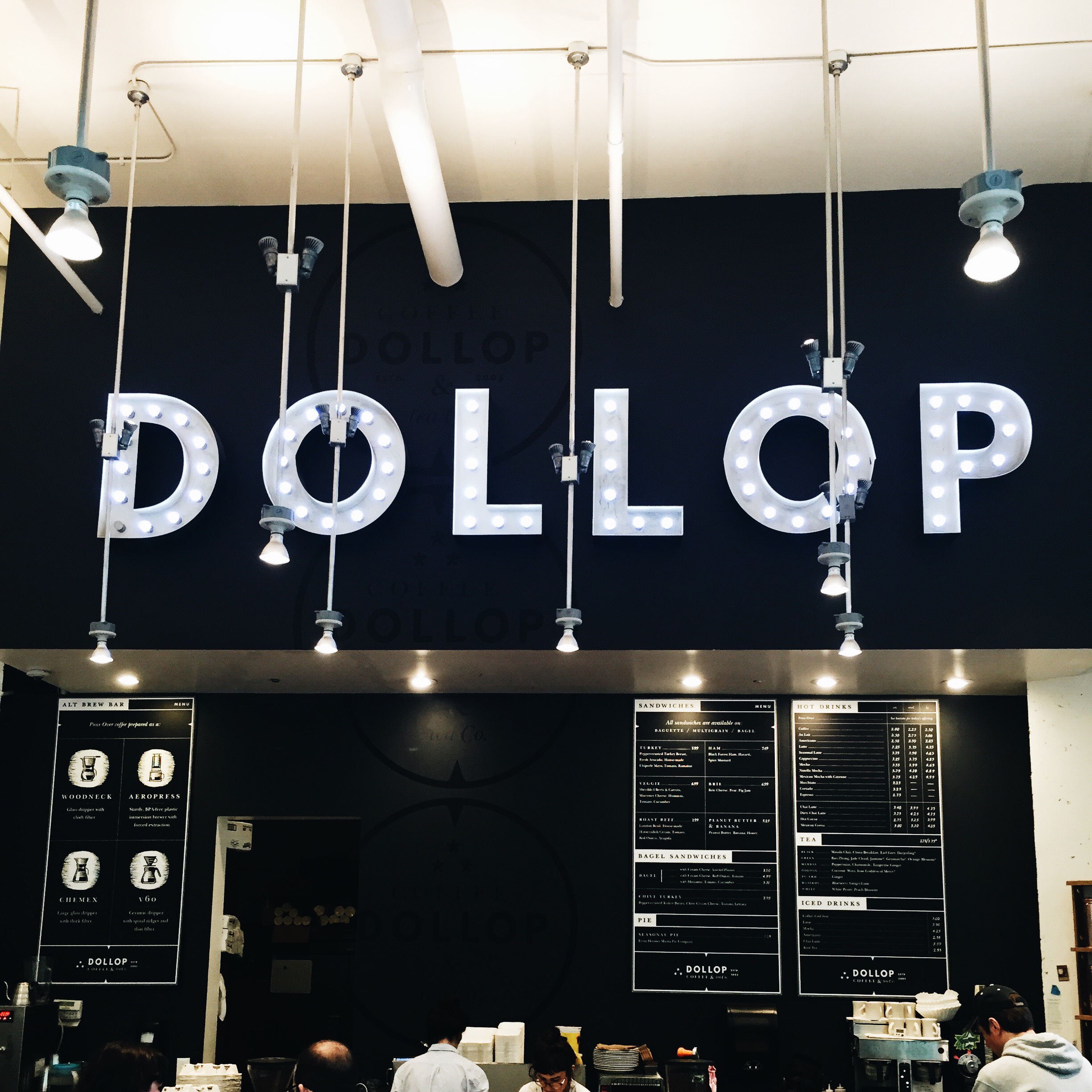 The twins are more on the cautious side when it comes to rides and such so we didn’t know if they’d be up for riding the big ferris wheel. But to our surprise, they LOVED it. It was likely because we were all together in the cart but it was such a fun thing to do together. 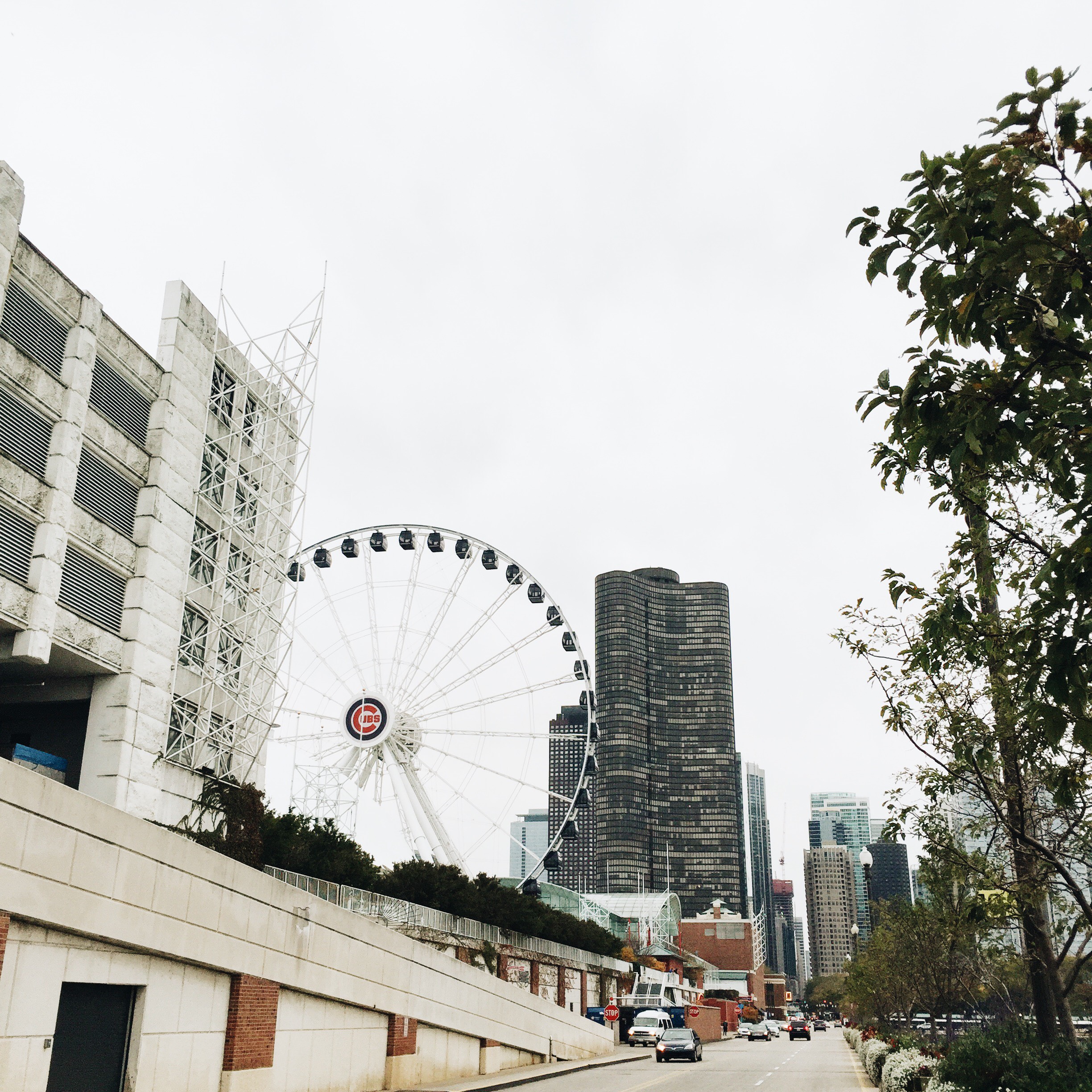 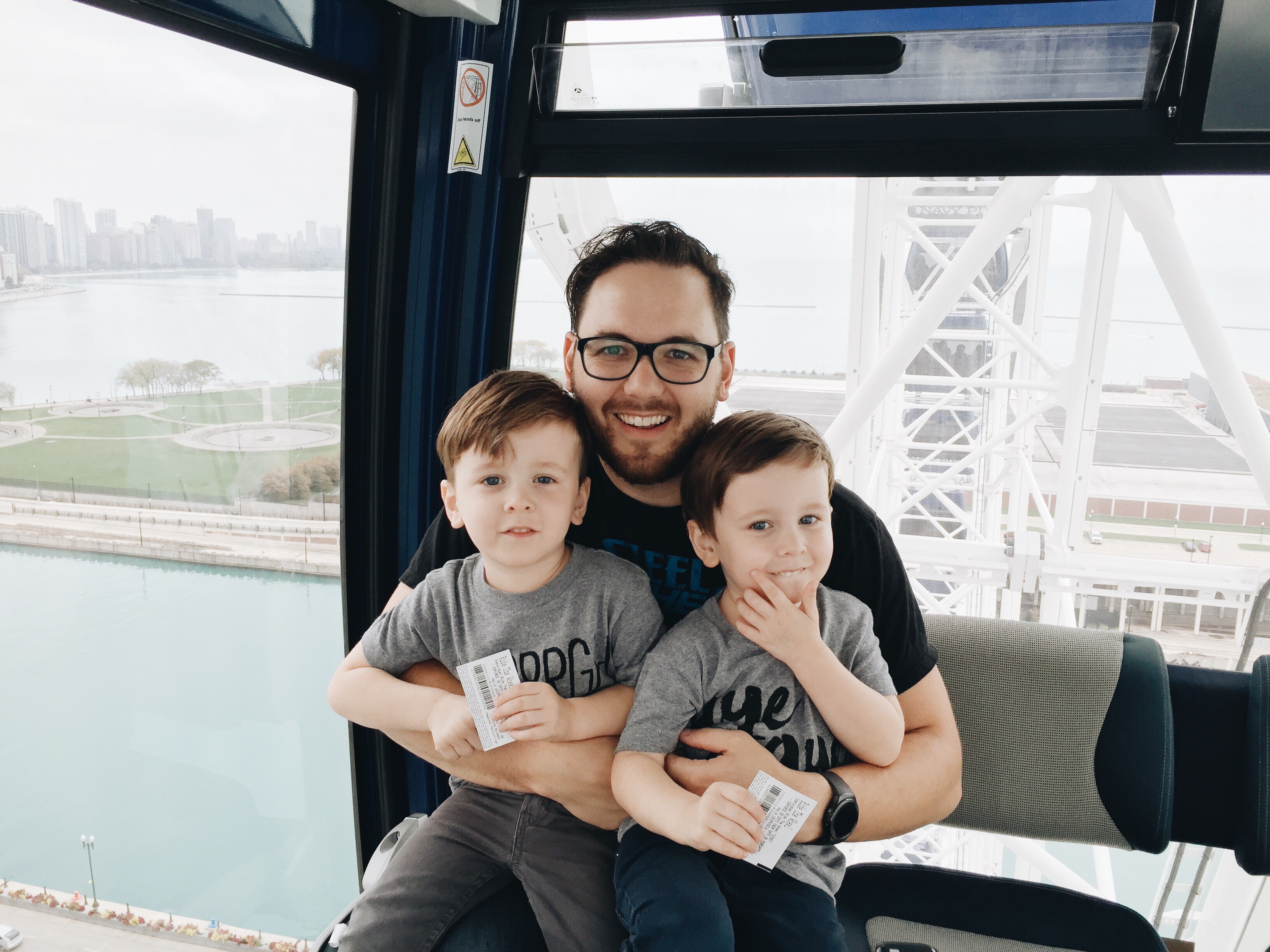 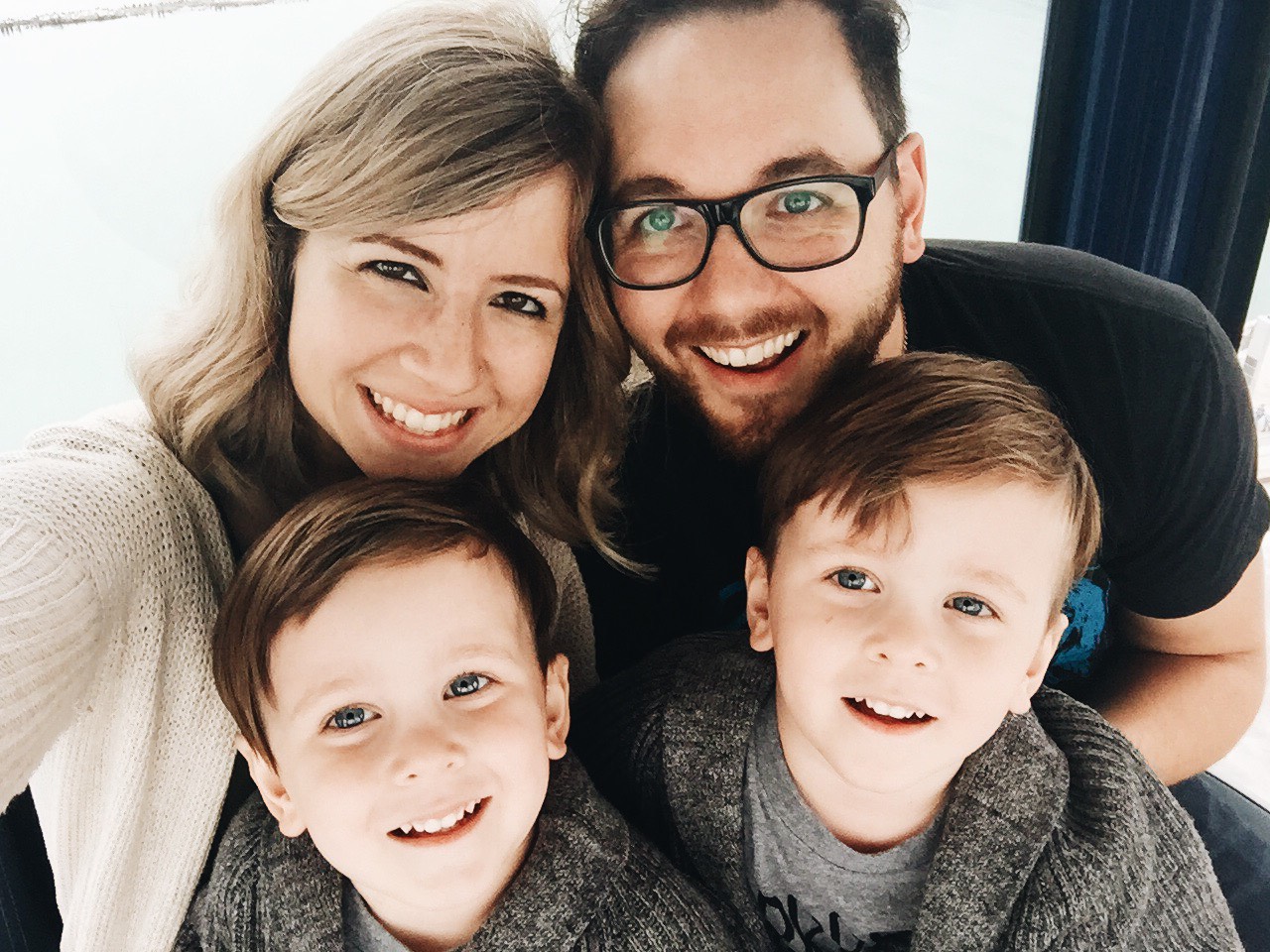 From way up high…. 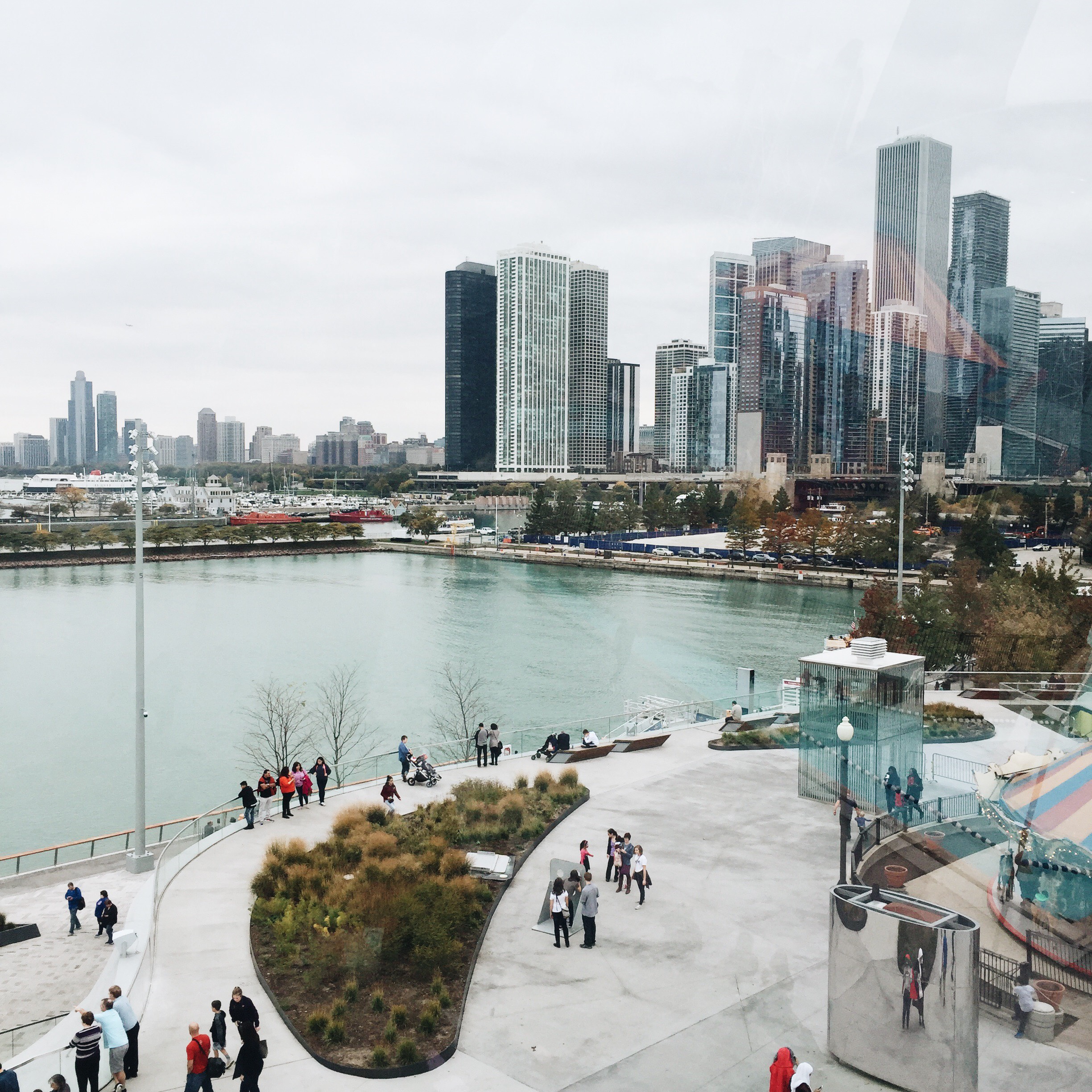 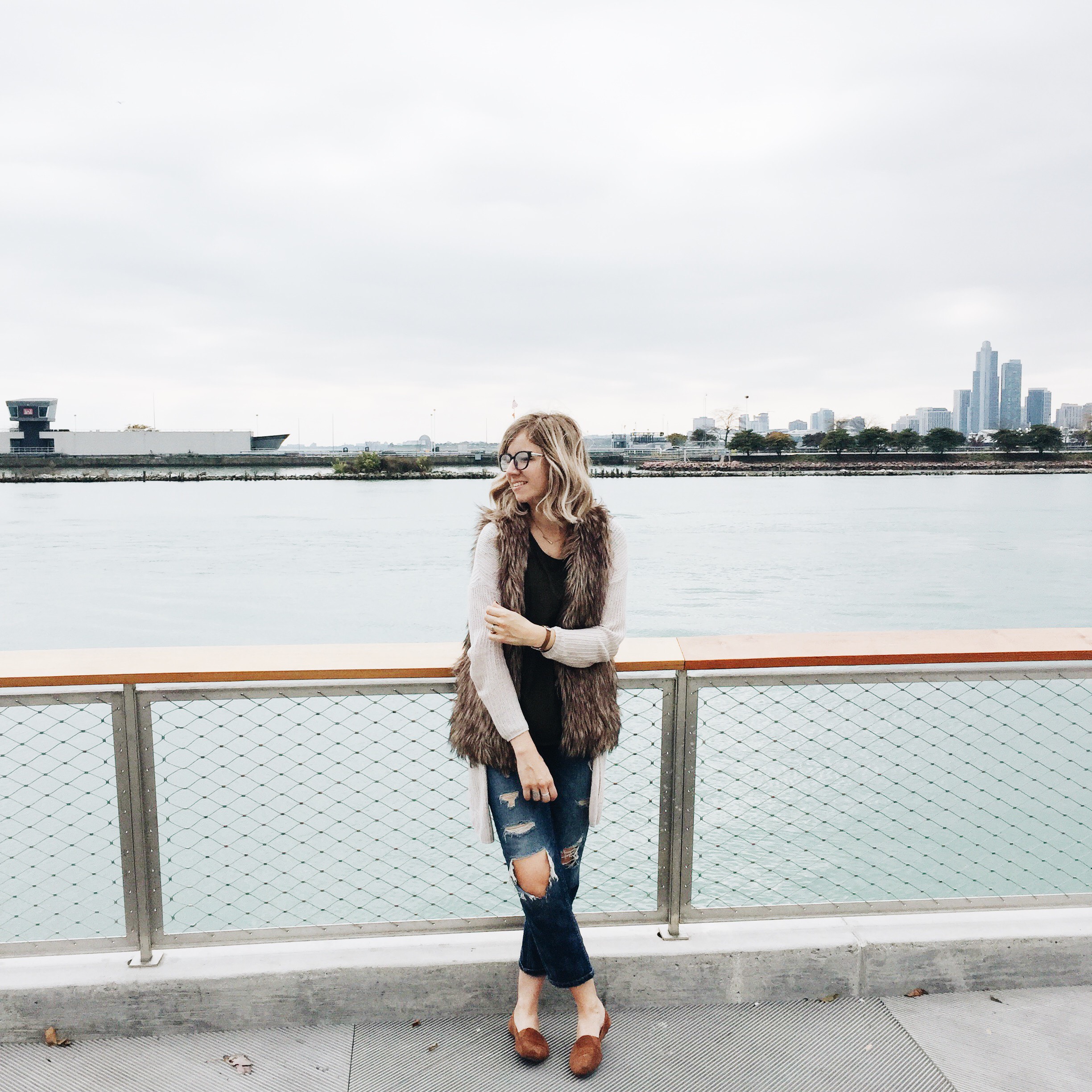 They loved searching for rocks and leaves to throw over the pier. 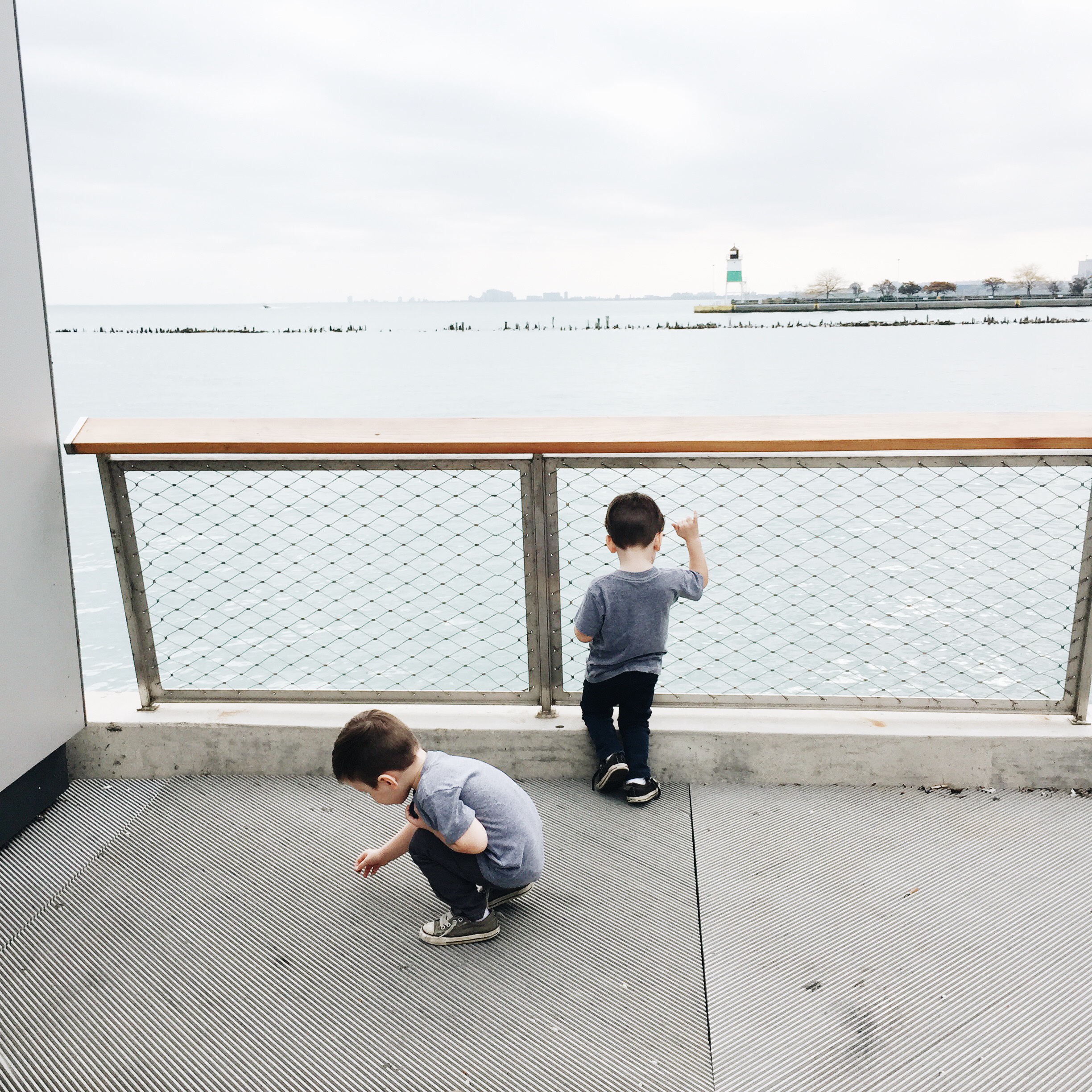 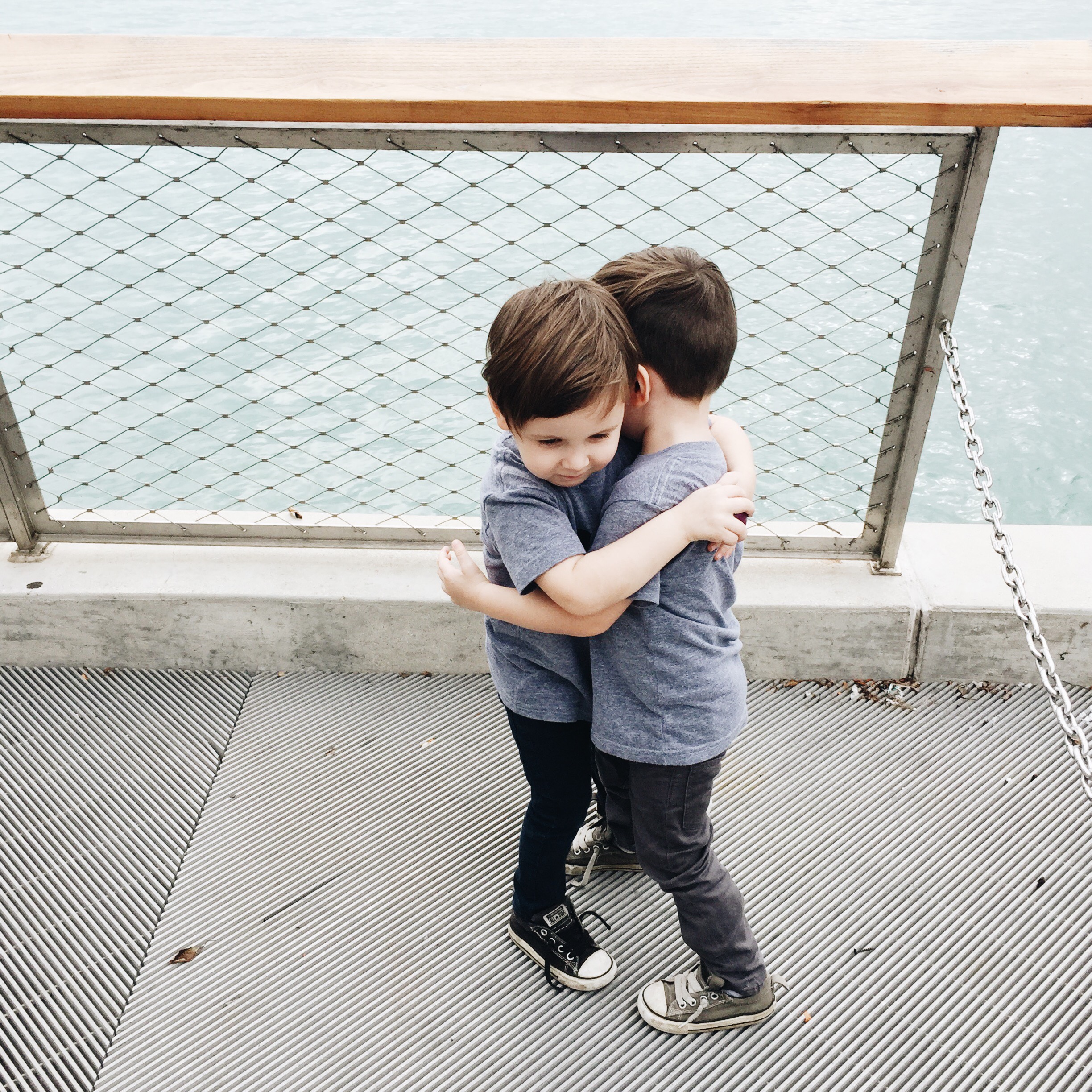 This was the view from the pier. It was such a gorgeous walk and I forgot to mention what AMAZING weather we had while we were. It was the last weekend in October and everyone was wearing t-shirts and shorts. It was perfect for all the walking we had to do. But back to the pier, it was such a fun spot! There were some great restaurants with fun patios and food trucks along the way. 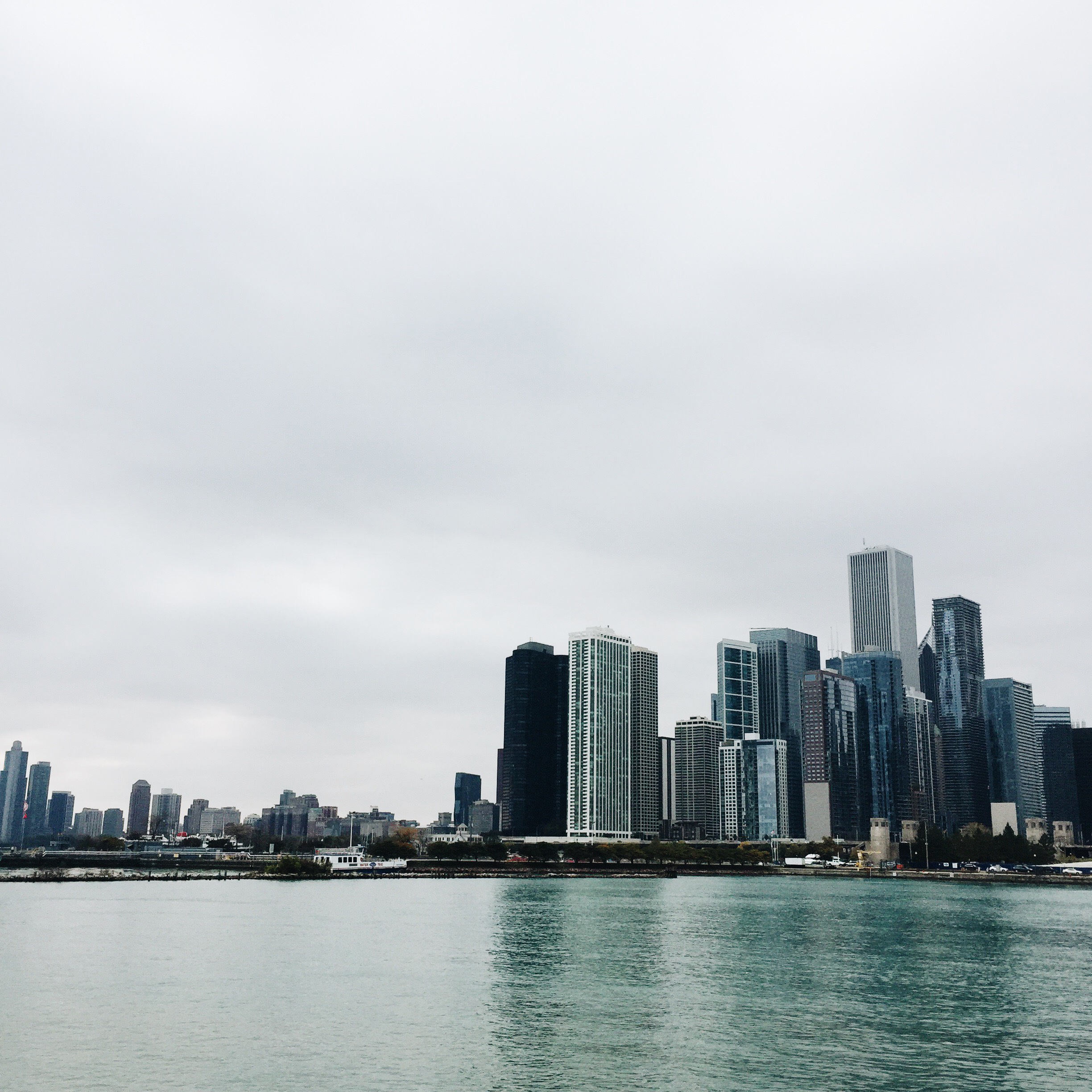 Skyler was upset later when he saw this picture and realized he didn’t get to be the big hairy spider. bahaha! 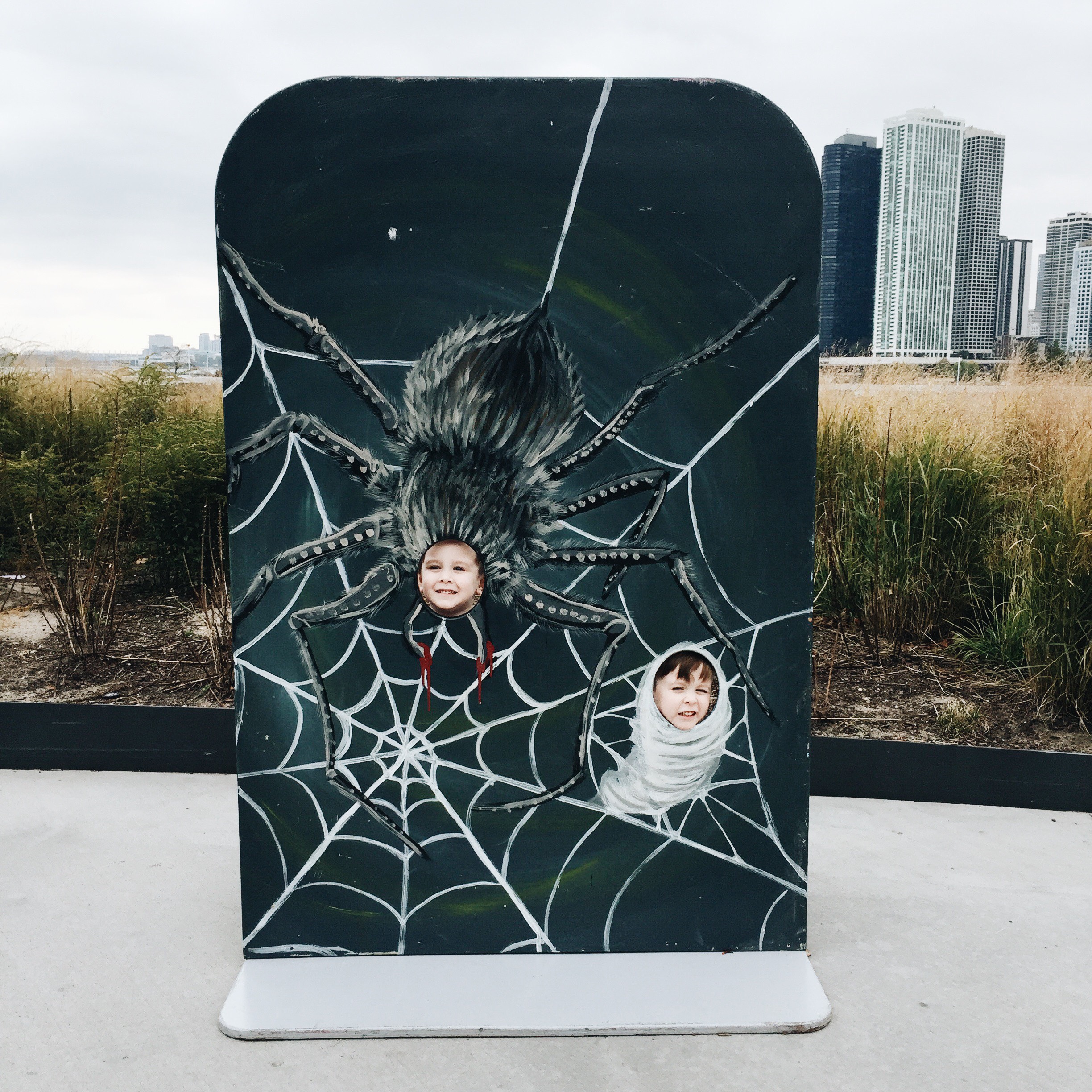 Just as we got all the way around the pier, the twins both fell asleep which worked out perfectly. We headed towards Stan’s donut’s where we let them nap as we rested ourselves on the patio and grabbed some iced coffee for a pick-me-up. Everything in Chicago is walking distance but it’s A LOT of walking! It was shortly after, I realized I lost my favourite cardigan and realized it must have been back at the pier. I was sadly ready to let it go as I had little hope that we would actually find it but Ron insisted we go back for it. (awesome husband he is…but I know it’s because he knew I would have whined about it later and regretted not going back.)  Sooooo back to the pier we went, birthday donuts in hand for when the twins woke up from their nap. By some miracle, after A LOT more walking, we found my cardigan draped over a fence. Thank goodness. The twins woke up by that time and the donuts were a fun treat for them to wake up to. They sang happy birthday to me and I just remember taking in that special moment, feeling so thankful for all I’ve been blessed with. The donuts were delicious. 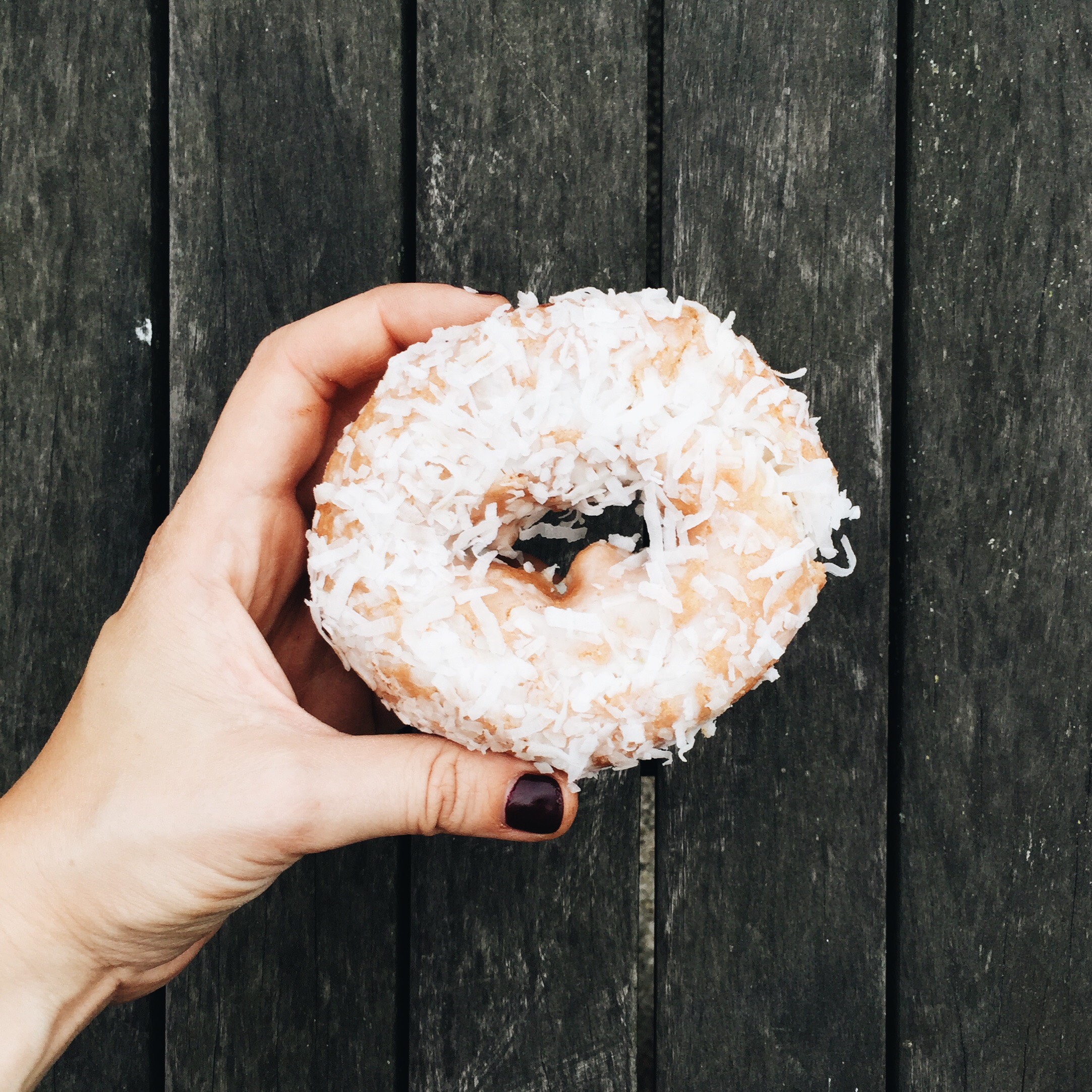 That evening we did supper at this amazing family style Italian restaurant that was recommended to us. (my fav!!) Real homemade pasta with giant meatballs and bruschetta.  So good. 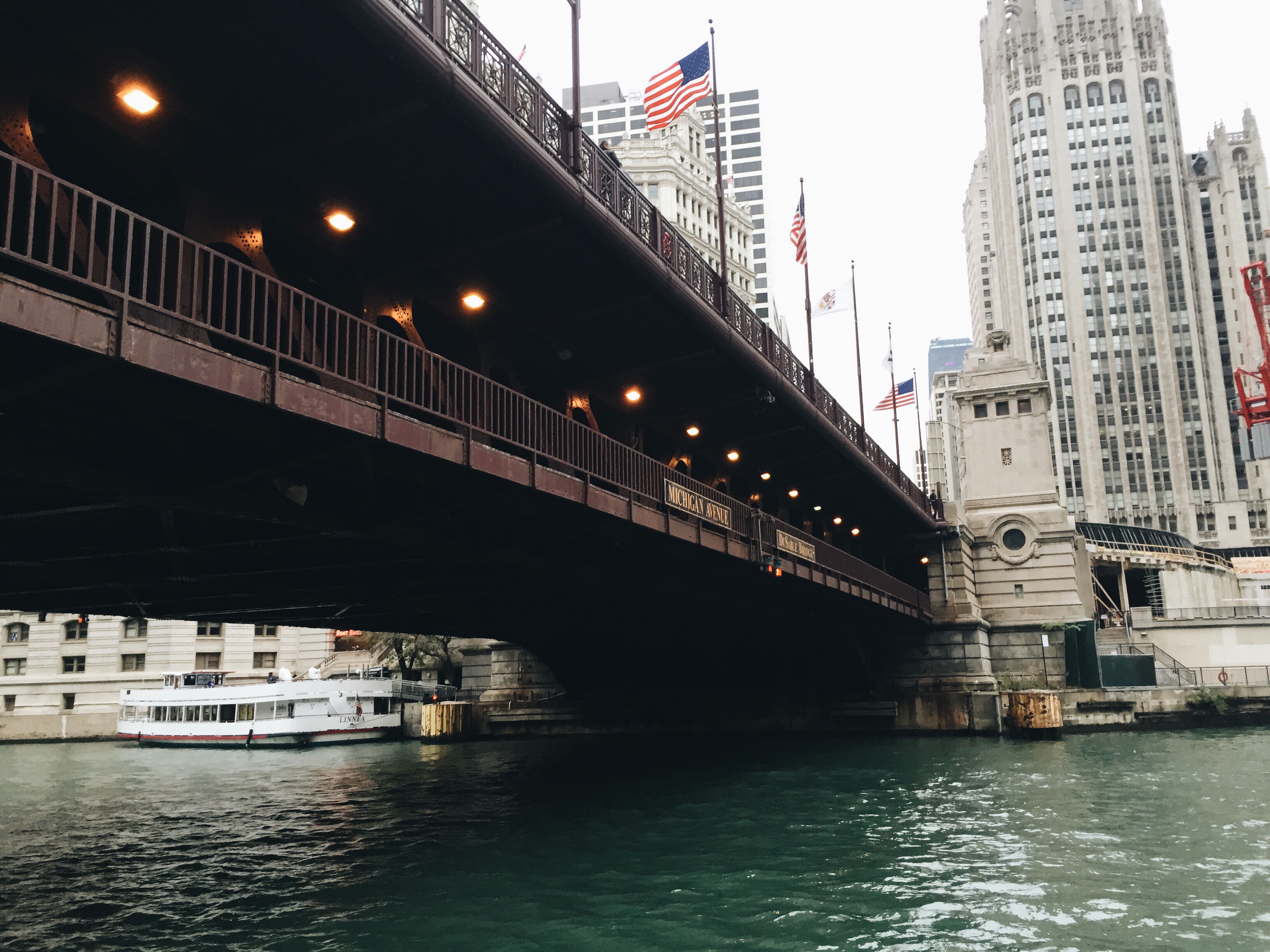 We never stayed out very late in the evenings but I got this night shot on our way back to the hotel. 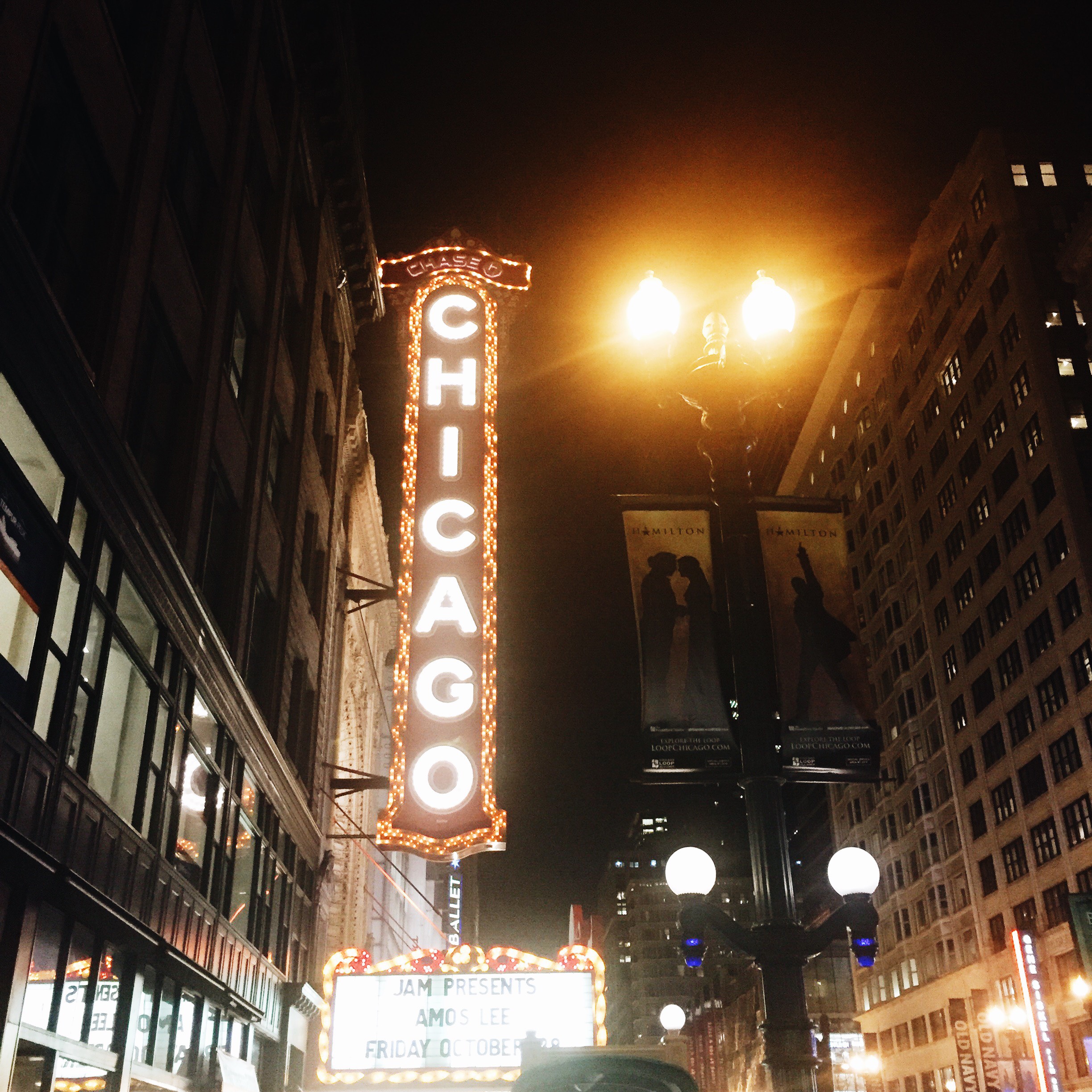 The next morning before we headed home, we hit up Heritage Bicycles. It has the cutest coffee adjoining coffee shop and it was the perfect little breakfast stop before we hit the road. 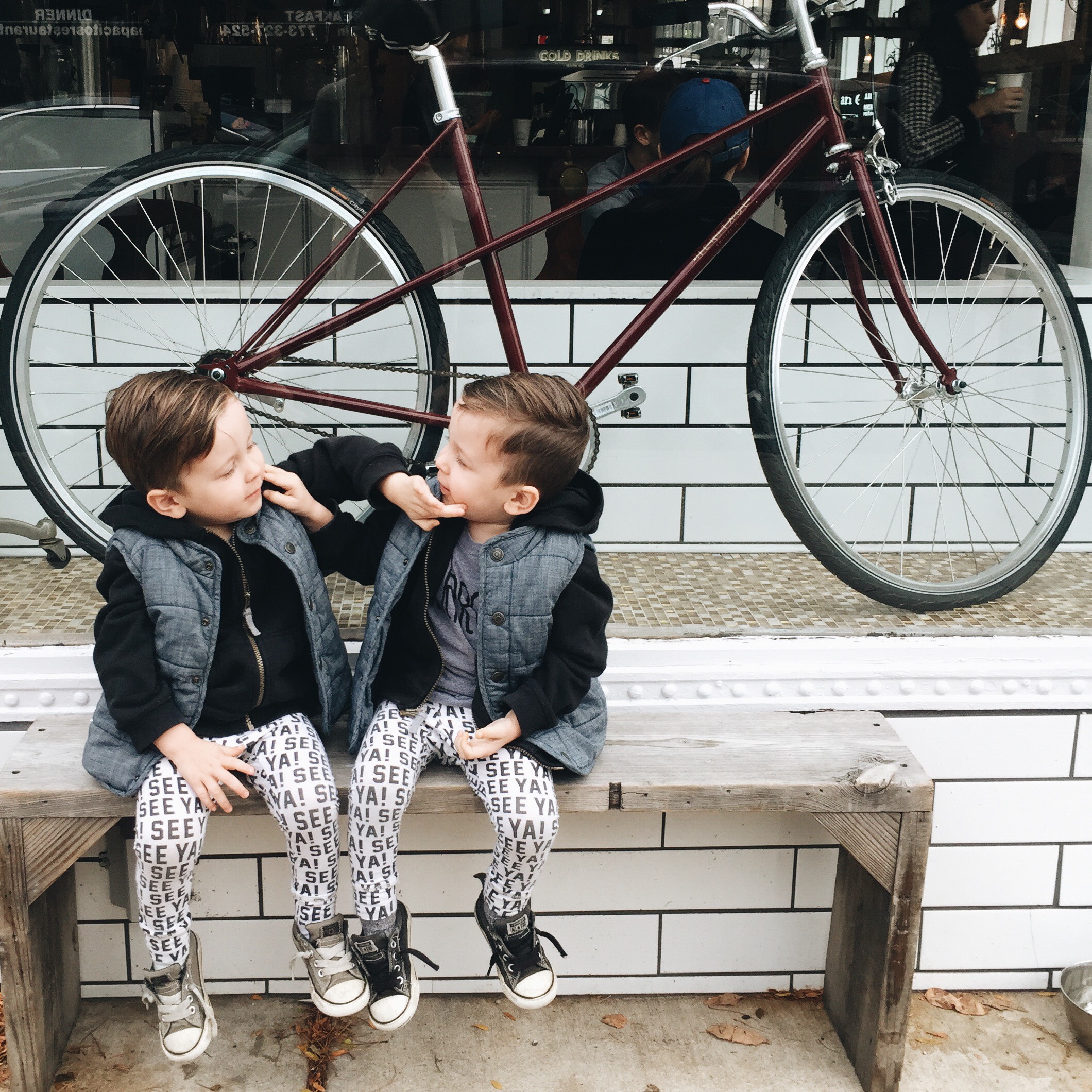 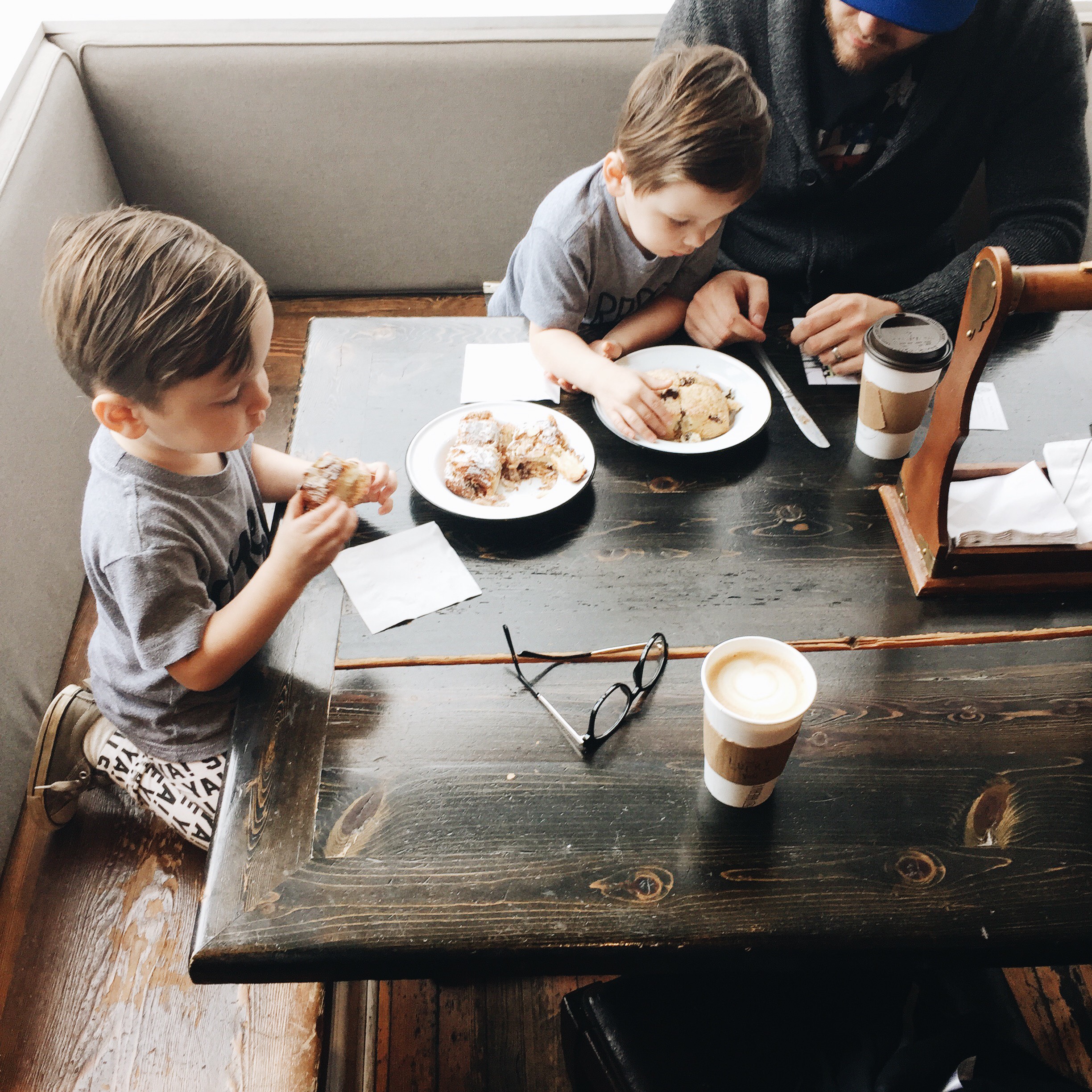 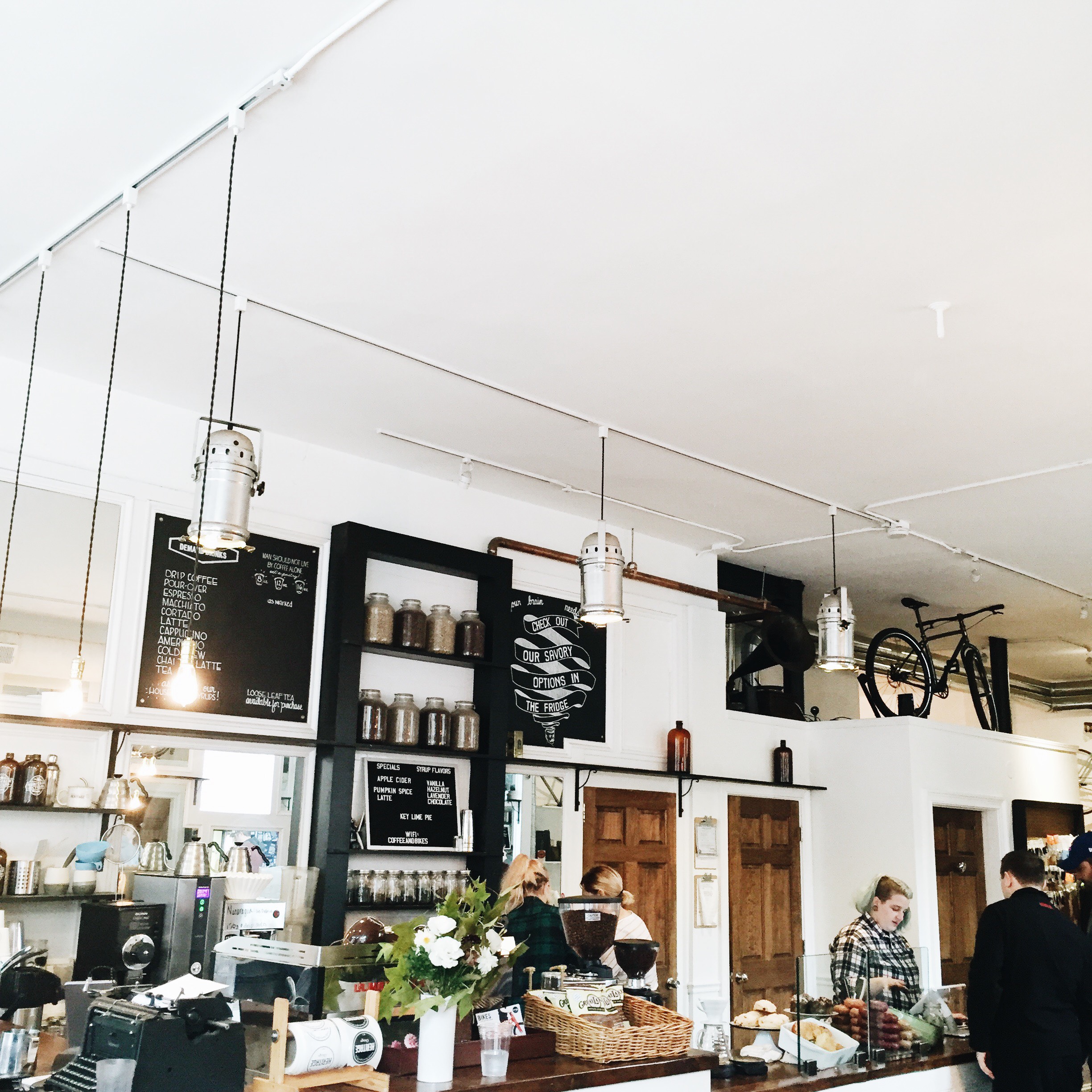 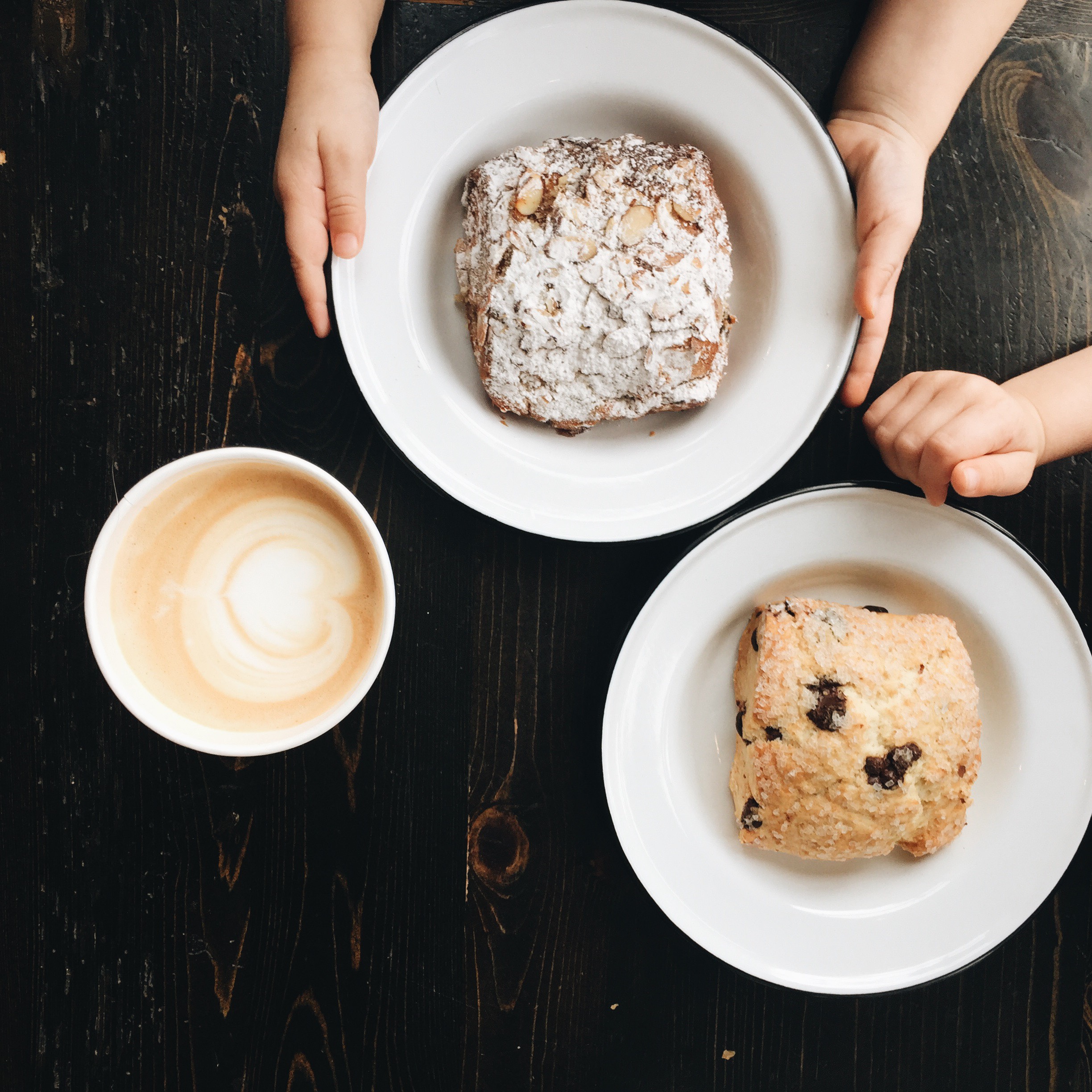 Chicago is a fabulous city.  There were some things we didn’t get to see in the short time we were there that we would have loved to but that just means we have to go back! We would go back tomorrow if we could! 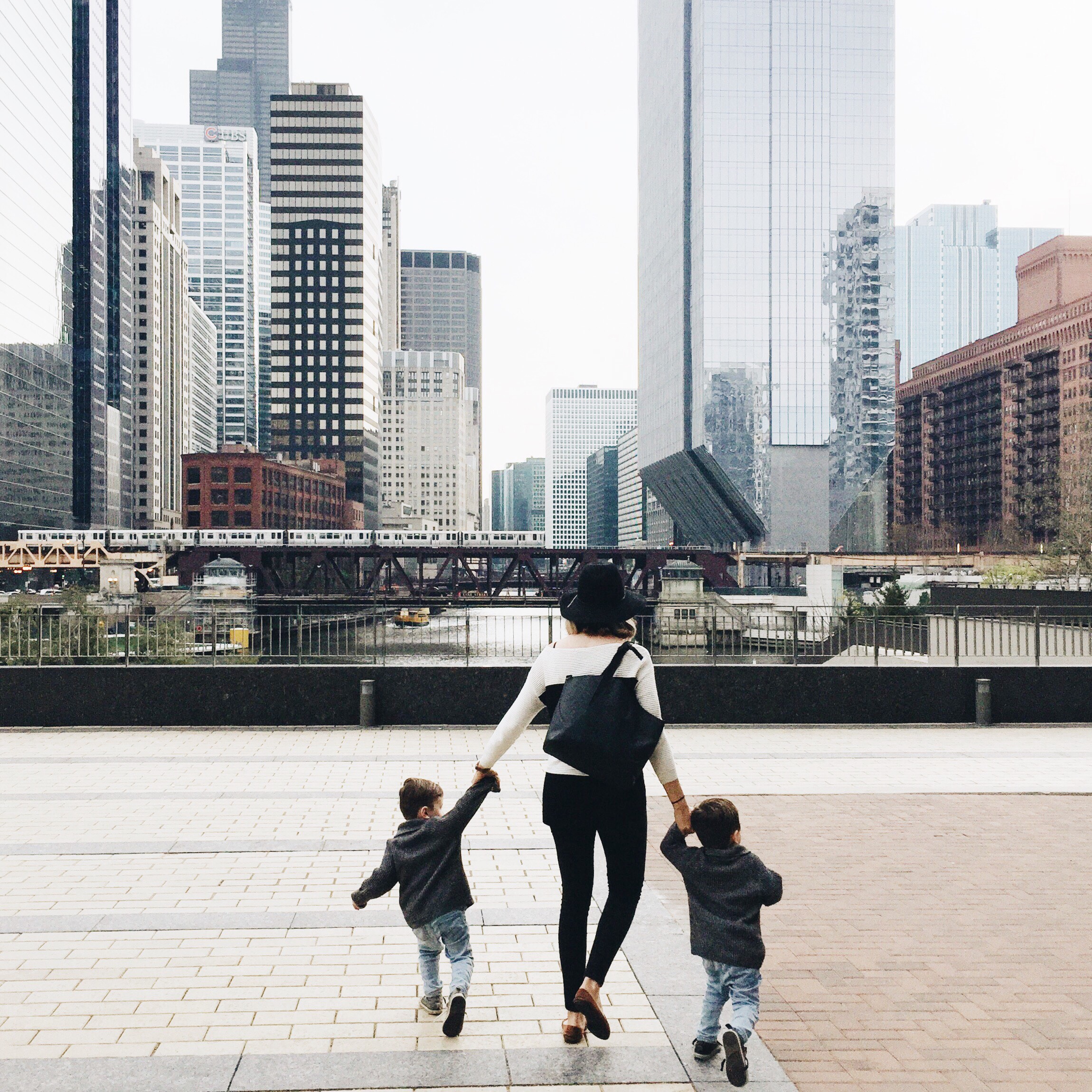 Thanks so much for reading! xo