I love our cozy little bungalow. It’s small but during this season in our life, it’s been just right for us. I love how close it forces us to be as a family. We always know what the others are up to. We try and keep it organized and tidy for the most part but we do have twin toddlers, after all.

Right after Christmas, there was stuff EVERY WHERE. Piles of new toys and clothes all over the living room, chocolate wrappers, trinkets from stocking stuffers, remnants of wrapping paper etc., etc.,. Pretty typical post-christmas scene I do believe? In a home the size of ours though, it can get overwhelming (for me anyway) when there is extra mess on top of the normal everyday mess.  My husband thinks I’m slightly OCD when it comes to having a tidy and organized house and that particular morning, I was completely convinced we had outgrown our home. Convinced that there was NO WAY we could possibly fit another human in this small space. Convinced that we HAD to get a larger place asap or I would not be able to function on a daily basis. My husband knows how to handle me when I get going on one of these rants. He doesn’t argue my points, but he doesn’t agree. He just helps tidy and clean until I feel better and come to my senses. He’s really the best.

After we spent the whole day cleaning and tidying and putting all the new stuff away,  you’d think I would feel better. But I didn’t. Our closets and cupboards were exploding after trying to fit all the new stuff in. And the strange part is I thought I prepared for this. I purged a “bunch of things” (especially toys) leading up to Christmas to make room for all the new stuff that was coming. Yet, it still didn’t really seem to make a difference. I was still convinced at the end of the day, that we needed a bigger home before baby comes. 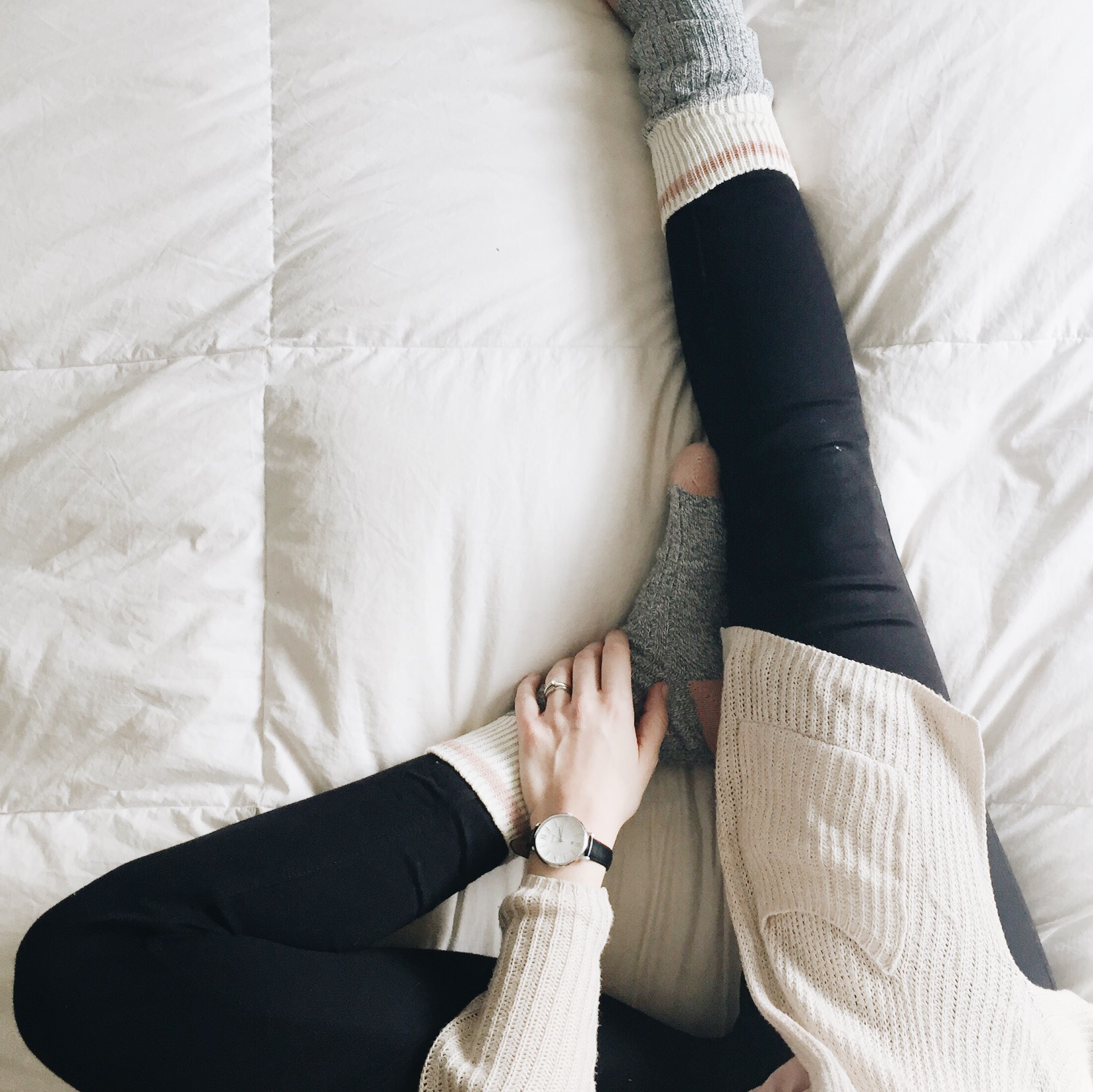 A few days later, I picked up a book off my bookshelf that I had bought last year “The Life Changing Magic of Tidying Up.” I bet you’ve already either read or heard of this book but if you haven’t, it’s a MUST READ if you’re looking to declutter and minimalize but don’t know where to start. I’m not gonna lie…there are a couple strange parts where she talks about her clothes and items having feelings (not so into that) but for the most part, life changing. I read some of it last year when I first bought it, but I never finished and was much too busy at the time to apply a lot of what I was reading. This time, I’ve been reading it desperately, ready to follow everything Marie (the author) is telling me to do because realistically I know we can’t manage a move before July (when the baby comes) so I have to find a way to make our cozy 3 bedroom bungalow work for a soon to be family of 5. (gah! that sounds crazy to say out loud!!)  I decided I am ready to make some drastic changes. If you read my post back in the summer about minimalizing, I truly did get rid of a TON around that time. Minimalizing has been a goal of mine for the past 6 months or so. But the thing I didn’t realize is that you have to constantly be on top of your game. Stuff accumulates and it accumulates FAST! Especially when it’s not just you but three other people’s stuff as well. And here’s the other problem. When I got rid of things in the past, (even this past summer when I was so determined ) I got rid of all the stuff that was EASY to get rid of. ..clothes the boys had outgrown, clothes that didn’t fit me right anymore, dated house decor that was sitting in the basement, etc., etc., That was the extra stuff that shouldn’t have been there in the first place but I was keeping it in case. That stuff was all (except for a few of the boys baby clothes) pretty easy to take in bags over to the local goodwill.

It’s the stuff that I have in my shelves and closets (the ones I open every day) that I have started to look at differently. It’s because some of the stuff, I do really still love BUT I don’t use it…I haven’t used it much too long for it still to be sitting there. So I’ve started to be completely ruthless with getting rid of things because I’m completely sick of clutter and STUFF.  Anyone with me? When reading through the book, Marie is actually a tidying consultant and tells stories of clients homes and shares some of the most common stashes of things people keep. So for starters I thought I’d share a few BIG piles of things I got rid of right away after reading that part:

Any of these resonate with you?!

So that’s a start. As I go through my home again,  room by room, I’m going to be sharing more of the types of things we get rid of and why. I’ll share what our minimal bedroom looks like, our minimal kitchen, bathroom, playroom etc., So far, I’m feeling SO MUCH BETTER and it’s only just begun. I’m realizing that we’re really not growing out of our cozy little home quite yet, we just have too much stuff.

Thanks so much for reading!